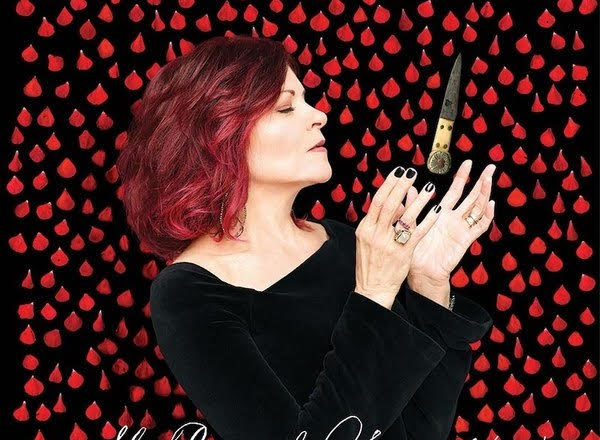 The last time Roseanne Cash played the Door Community Auditorium, it was a duo show with her husband, guitarist John Leventhal.

She returns Tuesday with a band, including Leventhal, who serves as music director.

“It’s just been rocking,” Cash said of shows with the band. “Interpreting the new songs with the band has been so much fun. It’s a really kickass band. We’ve been playing together for quite sometime. We found our level.”

The new songs she refers to are from the late-2018 Blue Note release She Remembers Everything, her 15th release since her 1978 self-titled debut on a German label. Colin Meloy of The Decemberists adds vocal harmonies on two tracks. Elvis Costello and Kris Kristofferson join in on vocal duties on a song called “8 Gods of America.” The title song was written with Sam Phillips, who also sings on the track. Phillips is the former wife of T-Bone Burnett, who also gets a credit on the record as co-writer with Lera Lynn of opening track “The Only Thing Worth Fighting For” and the album closer, “My Least Favorite Life,” which first appeared in the second season of HBO’s True Detective.

“The new album, it’s really a feminine voice and feminine journey through these songs. I have more to say. The time for hedging bets is over,” she said. “They’re the most personal songs I’ve written in a long time. It’s been thrilling to bring them to life on stage, and I look forward to having people hear them.”

In addition to touring with the new recording this year, Cash – the oldest daughter of four Johnny Cash had with his first wife, Vivian Liberto – has also done a limited series of concerts with Ry Cooder, doing the music of her father, a project she said was Cooder’s idea, but it came about as she was serving as artist director for SFJAZZ, an offshoot of the San Francisco Jazz Festival.

Every two years, SFJAZZ selects a group of forward-thinking musicians to serve as resident artistic directors to participate in SFJAZZ offerings. Cash just came off her two-year residency.

“I had to put shows together in two consecutive years,” Cash said. “The first year I did four shows with Emmylou Harris and Lucinda Williams and John [Leventhal]. It was really, really fun. So I thought, oh my god, what am I going to do next year? So I called up Ry and asked, ‘Do you want to make up a show with me?’ He said, [she males her voice deeper] ‘The only show I want to do is Johnny.’ I said, ‘Ry, that’s what I’ve been avoiding doing for 40 years.’ John talked to me about it. He said, ‘You know, if there’s ever a right person and a right time, this is it.’”

And she soon learned he was right. After performing together in San Francisco, they took the show on a five-city tour, the closest to us being a June 18 performance at the Old Town School of Folk Music in Chicago.

“It’s been so magnificent, so creative,” she said. “We’ve re-enacted the songs. They’re not carbon copies of my dad’s recordings.”

Asked if she learned anything about her father’s music in the process, Cash said, “Just how it’s stood the test of time and always will stand the test of time. They’re quintessential songs of the American songbook. They’re written with such great craft and depth and heart and soul, and that comes out no matter how you arrange the songs.”

Asked if it was inevitable that she became a musician, Cash answers, “That’s an existential question that I haven’t come up with the answer to. I think it was in my DNA to be a writer. That probably was inevitable. I think there was a choice I made whether I was going to put myself out there as frontwoman. It was a good choice. It took me a while to grow into my love for performing and my understanding of what it means to connect with an audience and to find my way through recording, but the songwriting has always been at the center of all of it.”

Interesting to note that her first professional composition credit came when her father recorded her song “Love Has Lost Again” on his 1976 album One Piece at a Time.

“I actually think I will write a second memoir,” Cash said [the first, Composed, was released in 2010]. “I enjoy prose writing. I like essay writing. I just wrote very brief liner notes to go with a new Bob Dylan package that’s coming out. Bob’s manager, Jeff Rosen, asked me to write the liner notes. I like getting these assignments. I just did a piece for Billboard several months ago about the me too movement in the music industry. I guess I’m a soft touch. I usually say yes.”

Cash will play a show at the Door Community Auditorium Tuesday, July 16 at 8 pm.