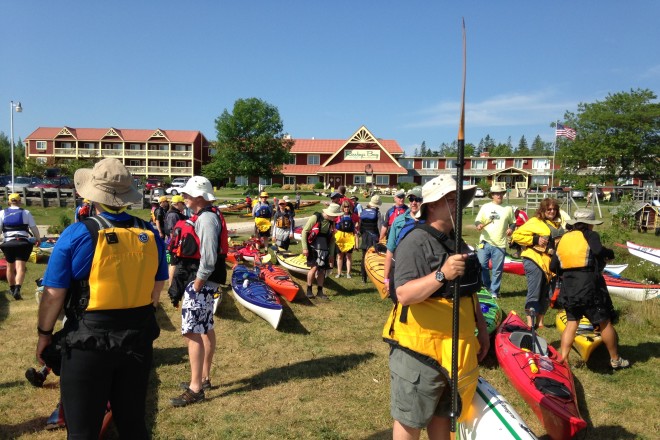 Micoley.com, a real estate business that specializes in auctions, announced on March 8 it will hold an auction on April 27 of Rowleys Bay Resort in Ellison Bay. The announcement stated the list price as $3.75 million, with an opening bid of $2.85 million.

“This resort is something out of the movies, with jaw-dropping views every day of the year. The beauty of Lake Michigan really has to be seen to be believed!” said Micoley.com founder and CEO Wade T. Micoley in the announcement.

The announcement also outlined property features that include 700 feet of Lake Michigan shoreline, as well as a 65,000 square-foot main lodge. The lodge includes many rooms and suites, with some featuring two or three bedrooms and full kitchens.

However, Jewel Ouradnik, co-owner of the resort, said the auction is just a way for the owners to explore their options for the future. She said they just don’t plan to run the resort into their 90s, as Jewel’s father, Leonard Peterson, did. She, her husband Bob and business partner Bob Czerniakowski took over ownership of the resort in 2003 upon Leonard’s retirement.

“We are not in trouble. We are as busy as we’ve ever been,” she said. “We have been in the double digits the last eight years. Business is good for us. We are definitely not dumping Rowleys Bay Resort. We’re not anxious to sell the business. We’re just trying to plan our options.”