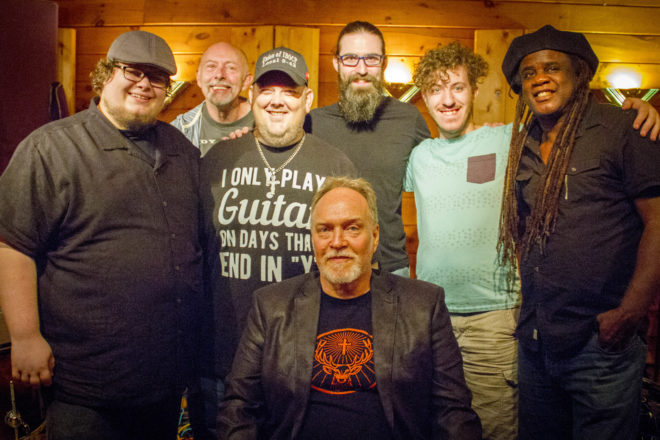 The last time I heard from Roy Bob Brown & The Country Carrousers was in 2010 with the release of the CD It’s Cold Up Here & We Ain’t Got No Pants On.

Since then, Roy Bob has relocated himself to Nashville and reformed the Country Carrousers with players in that neck of the woods and some from this neck. When he made his latest recording, Superstars of Love, he also included some of his Wisconsin running buddies on the 11th and final song, “Yin Yang Sun” – including two guitarists who play regularly in Door County – Dave Steffen (an original Carrouser) and Bobby Evans, as well as guitarist John “Hambone” Frings of Oshkosh, and French fusion guitarist Andre Cailliet of the late Latin dance band MadiSalsa.

The Carrousers band is blessed throughout with original Carrouser Tommy Greywolf on fiery fiddle and mandolin, and, one of my favorite Fox Valley drummers, Appleton native Greg Thiel on drums.

The rest of the Carrousers are Johnny Hiland on guitars and vocals, and Michael “T-Bone” Tebrinke (also from Wisconsin, Roy Bob points out) on bass and vocals. Tim McDonald plays piano and organ, and Roy Bob points out that Tim has played with Hank Williams Jr., Blake Shelton and Olivia Newton John.

As you might have noted from the title of Roy Bob’s 2010 release, he’s got a sense of humor. Seven years later, it remains intact.

The relationship sounds idyllic until a few verses in when wifey declares him a bore and leaves him for the clerk at the convenience store. Suddenly T-Bone’s bass is thumping and Hiland’s guitar is screaming at the indignity of being dumped. I can feel for the poor slob. 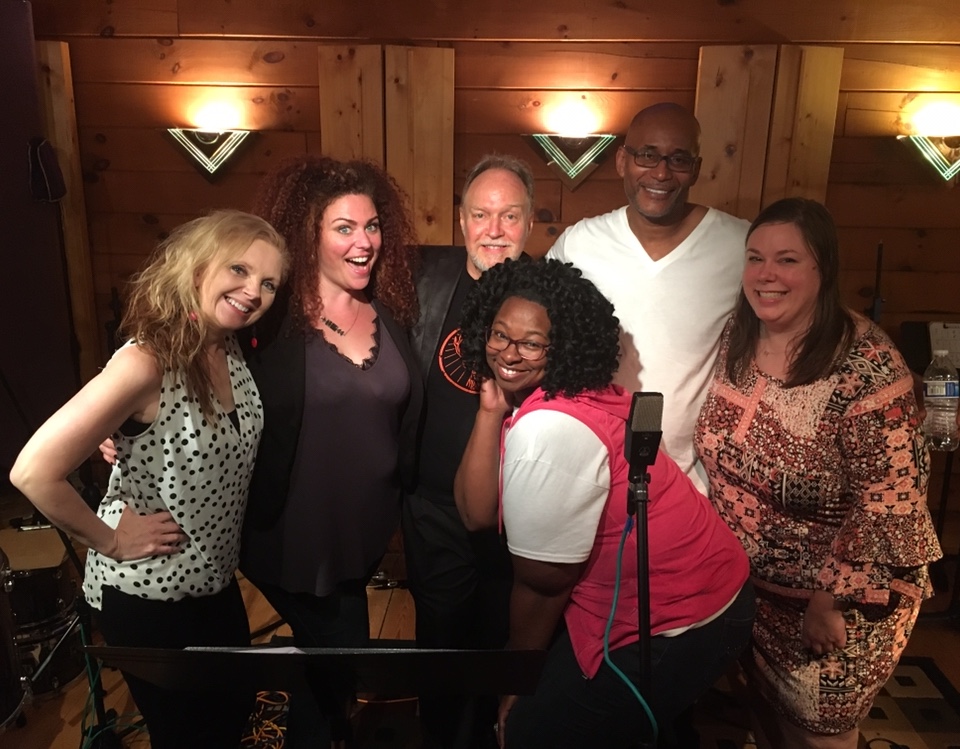 When I refer to Roy Bob as a crooner, I mean it in the best possible way. There’s something familiar and comfortable about his voice and singing style. It fits like a favorite shoe and goes down like a Speyside whisky – deep, resonant but easygoing. Think of Bing Crosby singing country.

Track 2, “The Politics Song,” might be the best example of this. Roy Bob lends his healing voice to the notion that what the world needs now is love. “Let’s get it on,” he sings. The music swings. Roy Bob makes sense. And then, as the song winds down, Hiland takes off on a soaring solo while the BGV (as Roy Bob tells me the backing singers are referred to in Nashville), turn it into a gospel meeting and Tommy Greywolf sweetens the pot. Quite beautiful. The singers are Ruth Ann Conley, Jen Friend, NaCole Robb, Cara Lippman and Antonio Van Scott.

Hiland and Greywolf shine throughout. I love the way Hiland comes screaming into Track 3, “Lucky 13,” and then lays back and plays on top of the blues shuffle, and then Greywolf simply squeezes into what seems the perfect place for each note.

Guitarists Steffen, Evans and Frings recorded their parts at Frings’ studio in Oshkosh. Incredibly, Greywolf, who is all over this recording, did his thing in his Oconomowoc studio.

The superfunky Track 9, “Big Rig” also deserves a shout out.

Roy Bob had one final thought to share:  “I hope we can play Wisconsin with this band!”

To listen for yourself and learn more about Roy Bob & The Country Carrousers, visit them on Facebook.