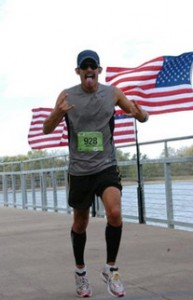 The outdoor sports season is winding down for Midwestern folk as the colder weather settles in. My competitive triathlon season has already come to a close and for most, that final race before the winter season has approached.

For myself and more than 200 other runners, the most scenic distance run in the Midwest squeaks closer on the radar. The Fall 50, a 50-mile run from Gills Rock to Sturgeon Bay, will be my first ultra-marathon and the cornerstone of my 2013 race schedule. Many people think I’m crazy to sign up to run 50 miles, but perhaps even more crazy: I run entirely on plants.

The transition from omnivore to herbivore was tastefully paired with my expanding running horizon. Despite their difference in subject matter, I could not have one without the other.

Learning about ultra-running changed the way I looked at the sport and thus made it easier to see other things, such as food, from a different perspective. 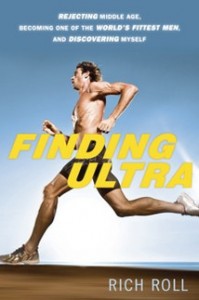 Starting in January 2013, I gradually changed my diet to avoid meat, dairy and all other animal foods. With a fridge full of almond milk and hummus, I have seen everything from my race results to my everyday energy levels improve. I got the idea after reading Finding Ultra by Rich Roll, an account of a man who turned from alcoholism to plants and, shortly afterward, finished the three-day double Ironman triathlon.

I finished the book at my kitchen table with the scraps of a 16 oz. porterhouse steak in front of me. The endurance feat intrigued me, but so did the fact that he accomplished it on a vegan diet.

I decided to go on a one-day vegan challenge. The next day I ate nothing but plant foods, capping off the night with a green salad twice as big as the steak. The morning after my plant-based experiment, I found myself trading coffee for an apple and a morning jog. Whether it was placebo or a nutrient cleanse, I had more energy and felt I could get more done with my day. I decided to extend the experiment and have not looked back.

Within a few weeks I had safely lost 15 pounds and gotten down to an ideal racing weight. I cut 20 minutes off my Olympic distance triathlon time and 30 minutes off my half-marathon time.

Further down the road, I scored my first triathlon win by taking first place overall in the Door County Sprint Triathlon and the next day, took more than an hour off my half-iron distance triathlon time.

The results were significant and I attribute it to my plant-based diet. Yet getting faster at shorter distances doesn’t equate to slugging it out in a 50-mile footrace. 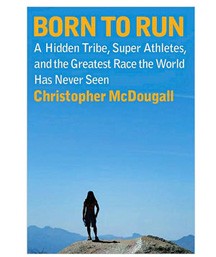 At the beginning of October 2013, I raced in the Twin Cities Marathon; 26.2 miles took me a little more than three hours, which is faster than the majority of runners. It was only my second marathon, but it was just as glorious as the first, with thousands of people lining the finishing chute and the announcer’s microphone ringing in my ear at each painful step. Many people spend years chasing that finish line and it is a special moment to be among the blisters and sore muscles. The marathon is seen as the pinnacle of a runner’s career. What more could there be?

It was not until I, like many other runners, read Christopher McDougall’s Born to Run, following the ancient Tarahumara people known to run upwards of 30 miles every day, that my conception of what the human body is actually capable of was blown wide open. Before long, ultra-running became a new word in my vocabulary, and marathons, while still grand, lost their appeal as a runner’s greatest accomplishment.

Being a bookworm, I started reading everything written about the craft of ultra-distance sports – 500-mile bike races, the 135-mile footrace through Death Valley in July, and multi-day triathlons, all became plausible in my mind.

The theme that shot through each vignette was that, beyond any physical feats someone might achieve, these distances are a test of mental capacity. There is a different challenge to be faced when your feet move slow as you follow the white line on the side of the road for several hours.

My days have been filled with long, slow runs. Oftentimes I run twice in one day to get used to running on tired legs. Other times I force myself to get up for a two-mile jog at 6 am the day after my longest run of the week.

Physically, I know I am capable of travelling 50 miles by foot within the 11-hour cutoff. It now becomes a matter of training the mind to handle the monotony of putting one foot in front of the other thousands of times.

People often ask what I think about when I’m out on the road for three hours or more. Sometimes I take the music route or catch up on my favorite podcasts, but the best training days are those in which I turn the volume down and hit what can only be described as active meditation; matching my footsteps to each breath. 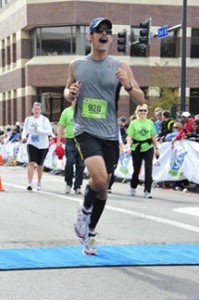 With the mileage I am running, which often hits about 70 miles a week, I need a pretty significant amount of food. Trading hamburgers for kale smoothies means that it takes more of the latter to make up the calorie deficit.

But this also means that I eat as much of anything that I want within the plant-based realm and I still run with a clean engine and fewer pounds to push off with every step.

The Twin Cities Marathon was my first marathon on a plant-based diet. This will be my first ultra-marathon on any diet but I am convinced that I would not be toeing the line on Saturday if I didn’t fill my body with the food it needs to run the most efficiently.

Yet it all comes down to cruising through each individual mile on the most challenging tour of Door County.

Jackson Parr is a plant-based endurance athlete and freelance writer. He calls Door County his home when he is not studying Journalism and Physiology at the University of Iowa. Learn more about his vegan training at triplantpower.com.