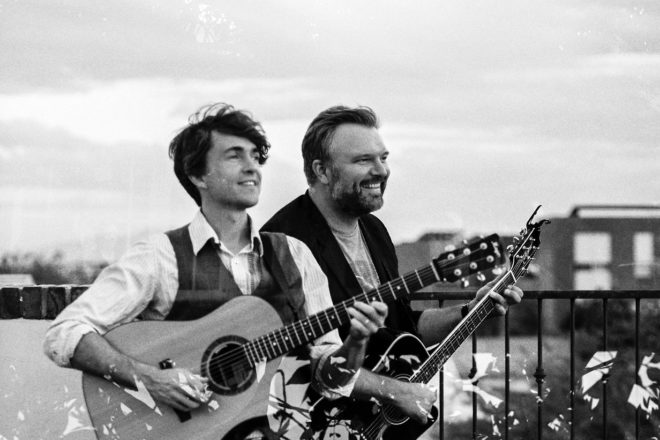 On June 28, the Woodwalk Concert Series welcomes back the Tucson-based Ryanhood – a duo that makes the most of Cameron Hood’s rich and folky lead vocals, Ryan Green’s explosive guitar and mandolin riffs, and their tight vocal harmonies.

Ryanhood was recently named Best Group/Duo at the International Music Awards and Discovery of the Year by John Platt at WFUV New York City, and it was a featured act last year at Australia’s National Folk Festival.