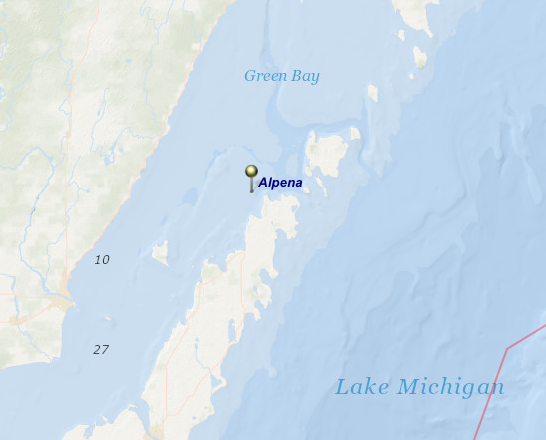 The S/S Alpena is was stuck in the ice off Sister Bay March 26.

A commercial tug from Escanaba, Michigan, freed the S/S Alpena on Tuesday after it got stuck in ice off Door County’s northern coast while traveling from Alpena, Michigan, to Green Bay.

Because no Coast Guard vessels were in the area, the tug Erika Kobasic from Basic Marine in Escanaba was dispatched. It’s not the first time the Alpena has had to be rescued from ice. The self-loading cement carrier also had to be extricated from ice in 2010, 2013 and 2015.

On Dec. 11, 2015, while at Bay Shipbuilding for winter repairs, a fire broke out in the electrical control room for the aft winches. The fire was extinguished, but not until it caused $4 million in damages. The National Transportation Safety Board determined the fire was caused by faulty wiring providing power to the aft anchor winch.

The Alpena was built in 1942 as an iron ore carrier for the U.S. Steel fleet. It was first named Leon Fraser. It is the last operating vessel of five identical ships built during World War II to haul iron ore. She is both one of the oldest boats working the Great Lakes and has one of the loudest whistles on the lakes. 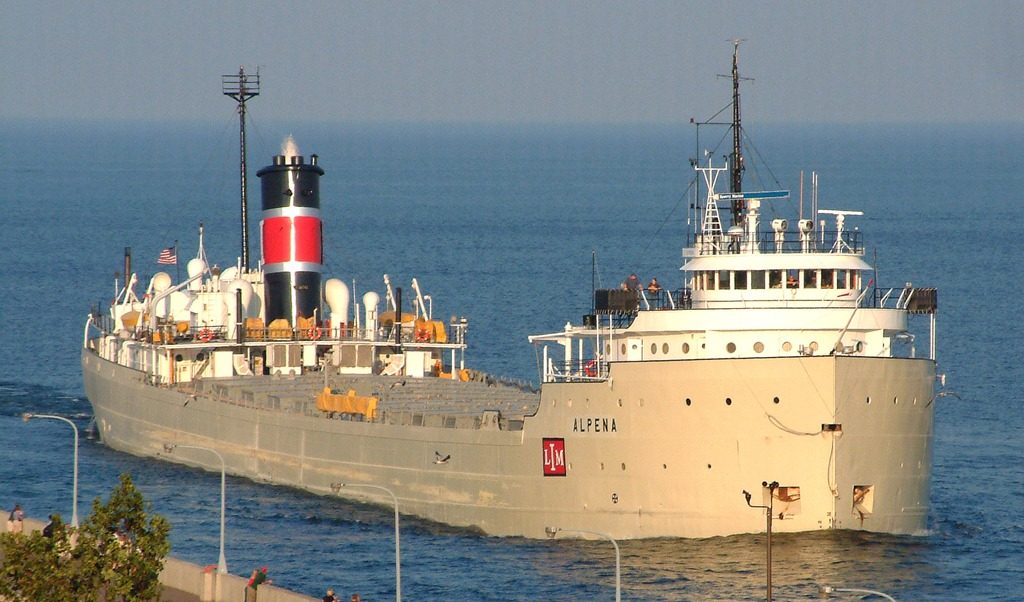 The S/S Alpena was built in 1942, making it one of the oldest ships working the Great Lakes. Photo courtesy of Duluth Shipping News.