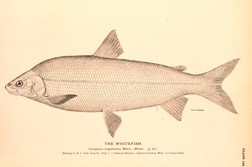 The Wisconsin Department of Natural Resources advises that people limit fish consumption due to risks associated with consuming mercury and Polychlorinated Biphenyls, or PCBs.

PCBs are associated with cancer, diabetes, balance problems and pregnancy complications, among other issues.

Millions of people follow this and other dietary advice from federal, state and other dietary experts when choosing their meals or the food they put on their family’s plate. But one researcher believes the guidance people are given, specifically regarding fish consumption, is woefully inadequate.

“I’m very frustrated with where we are,” said David O. Carpenter, director of the School of Public Health at the University of Albany. “We lack a simple way to advise the public in a way that’s useful to the average person.”

Carpenter said the FDA standards aren’t nearly comprehensive enough. Most studies, he explained, focus on a single nutrient or contaminant and its correlative effects on public health.

“Our standards don’t account for the fact that everything adds up in ways we don’t totally understand,” he said. “It’s not just PCBs, or just mercury, or any other contaminant on their own, it’s all of them together. When you eat a fish, you’re getting all of these things. It’s not as simple as eat or don’t eat.”

On the other hand, Carpenter said that our guidance also doesn’t account for the benefits of eating fish.

Fish are generally low in saturated fat and high in protein and are the primary food source for omega-3 fatty acids. Studies suggest that omega-3 fatty acids may be beneficial during fetal brain and eye development, and may lower the risk of heart disease in adults.

While advisories are based on whether consumption increases the risk of certain diseases, they don’t fully account for these health benefits or the alternative choices that much of the population will make – such as beef, highly processed products, or fast food.

As we detailed in our April 18 Sustainability Issue, the fisheries of the Great Lakes are much cleaner today than they were four decades ago – at least when it comes to the chemicals we’re testing for.

Anglers such as Kevin Naze believe that even when toxin levels in the lake’s fish were at their highest in the 1970s, the public health risk was exaggerated.

“I think at the time [health officials] said that one in 10,000 people could get cancer if you ate fish out of the Fox River, and one in 100,000 people from the Great Lakes,” he remembered. “Because of that they were saying you shouldn’t eat the fish. Now you have to be smart, but I don’t think it was ever as great a risk as they made it out to be.”

Though banned since 1979, PCBs remain an issue because it takes decades for them to leave the bodies of people and animals, and even longer to clear out of sediment in lakes and rivers. PCBs bioaccumulate in fish, so the older and larger a fish is, the more PCBs it consumes. A salmon may eat 500 alewives in its lifetime, for instance, absorbing all of the PCBs from each of them.

Though not exposed to polluted waterways, farm-raised fish have been shown to carry much higher contaminant levels because they’re fed food that includes the fat of previously contaminated animals, helping PCBs remain in the food chain.

Unfortunately, eating guidelines for the rest of us aren’t as cut and dried, and any universal standard is going to have flaws. But when evaluating your own health risk, it’s wise to combine the advice of science with a thoughtful review of your own habits to discover where your greatest health risks lie.

To view the comprehensive safe-eating guide for fish consumption in Wisconsin, click here>>