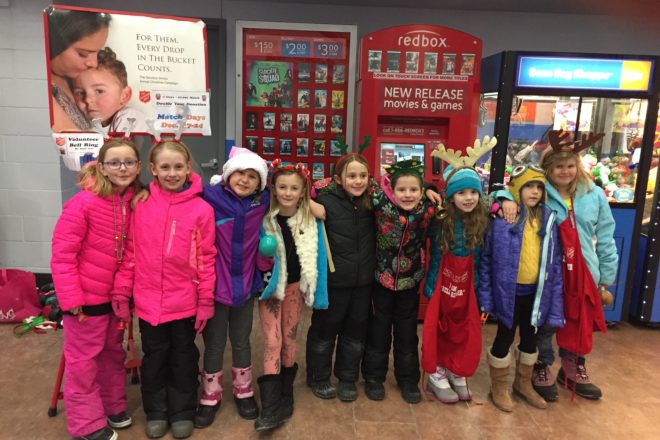 The Salvation Army of Door County had a record-setting and milestone-setting 2016 Red Kettle Christmas Campaign thanks to the hard work and generosity of the community. In 2016, $52,633 was raised. This money stays local in Door County to help those in need. This is the first time that Door County broke the $50,000 milestone, and this is especially noteworthy considering statewide donations were down for The Salvation Army.

A big boost to the total came from a seven-day/$7,000 match for the final week of bell ringing before Christmas.

In addition, The Salvation Army “Coats for Kids” campaign for Christmas collected more than 92 coats along with hats and gloves for local children. Papa Murphy’s Pizza of Sturgeon Bay provided a drop-off center for the coats and also gave free pizzas to any bell ringer who rang four or more shifts.

Any donor (or business) who would like to sponsor a community challenge match day for 2017 can contact Tom Mulinix at 920.366.8855 or [email protected].