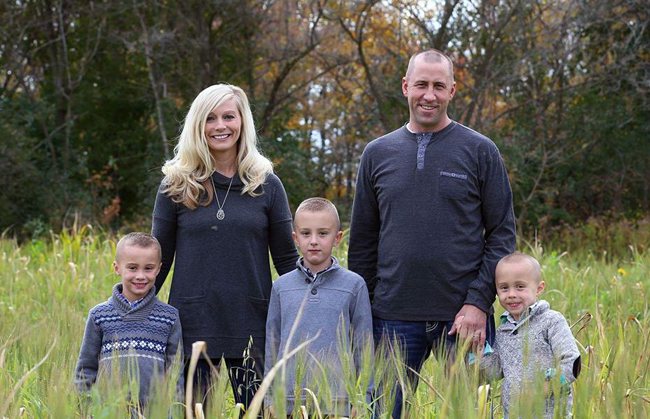 Dan Brick, fifth generation dairy farmer at Brickstead Dairy in Greenleaf, just south of Green Bay, said his community isn’t seeing the kind of public pushback against farming that Door and Kewaunee counties are seeing but that doesn’t mean he won’t act as a steward of the environment.

“I can’t say we have any contaminated wells, but we would be devastated if it happened in this area,” Brick said. “We want to head that off. I have to sit in church on Sundays with my neighbors. I wouldn’t be able to sleep very well at night if I knew I wasn’t giving it my 100 percent effort.”

Brick’s approach to proper environmental stewardship of dairy farms began in 2009 when he was part of a four-farm demo program exploring the effectiveness of cover crops. That program expanded to eight farms and now each of the 1,500 acres Brick farms uses cover crops. 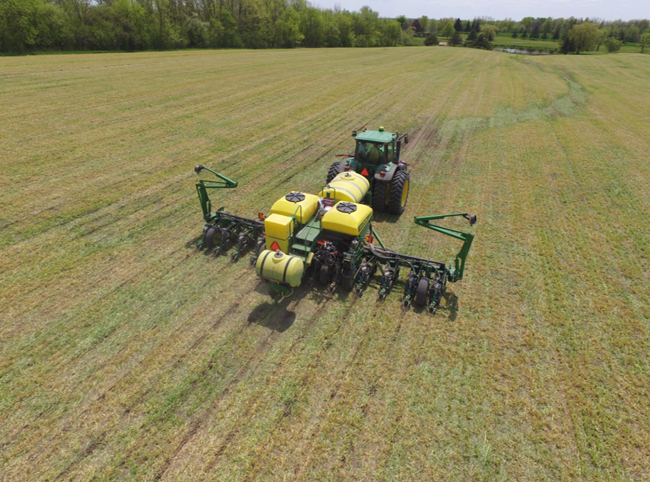 Dan Brick experiments with different methods of manure spreading and tilling to find efficiencies in farming while protecting the land around him. Submitted photo.

The cover crops hold onto phosphorus that would otherwise seep into the watershed. Installing grass waterways is another way Brickstead Dairy keeps its phosphorus on the field.

“We did two-and-a-half miles of grass waterways,” Brick said. “The idea is, any areas where that could channelize flows of water, to keep that soil there and also being able to filter out those particles before they hit the waterways.”

Different methods of manure spreading and experimenting with tilling are other ways Brick finds efficiencies in farming while protecting the land around him.

As a fifth-generation farmer on the same land his ancestors farmed 160 years ago, Brick understands the future of his farm is as important as the present.

“For the future of the dairy, my kids are going to have a tough time farming someday if they’re going to have to deal with these challenges,” Brick said, adding water contamination will only amplify negative public opinion. “I don’t think the next generation is going to be able to take over if we don’t put them into a good spot.”

But the next generation of farmers may be the one to implement the changes Brick already has in place at his own dairy. While the traditional farmers are resistant to change, younger farmers are learning differently.

“Our school system taught us to do it one way for so long and I guess there’s people having a difficult time making change,” Brick said. “I definitely see there’s a ton of change in the younger generation, kids coming out of college today.”

Brick does have some plans to expand his dairy in the next decade, but he doesn’t plan on doing so until he knows his stewardship can keep up with the expansion.

“We felt we couldn’t expand until we found some better ways to apply manure and grow crops,” Brick said. “It felt like we needed to get this straightened out, be able to get things in line and do a better job environmentally.”