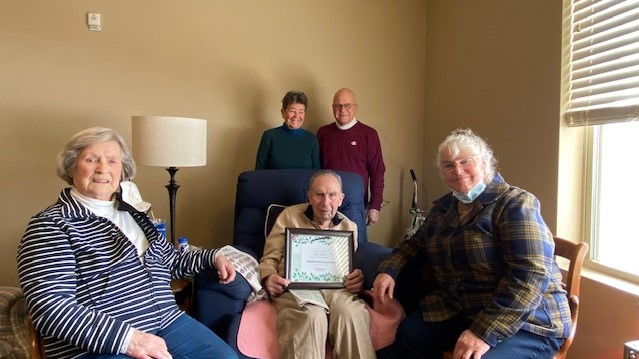 Longtime Door County educator and environmentalist Carl Scholz became the first Door County Master Gardener to be awarded Honored Status in recognition of his significant contributions throughout more than 25 years of volunteer service on a local and statewide level.

Scholz died March 16, 2022. (See his obituary in this issue of the Peninsula Pulse.)

The University of Wisconsin Division of Extension introduced this special honorary title in 2021 to recognize volunteers who exhibit exceptional leadership, contributions to projects and support for other volunteers.

During his long service, Scholz was a valued member of the Door County Master Gardeners Association’s (DCMGA) Education Committee, where he was responsible for coordinating many of the organization’s public programs. He also led the Stewardship Committee and helped to slow the advance of invasive species in Door County. He worked with other organizations to prevent a large mining development in Michigan that environmentalists believed would seriously pollute the waters of Green Bay. In addition, he was a major contributor to DCMGA’s programming for youth.