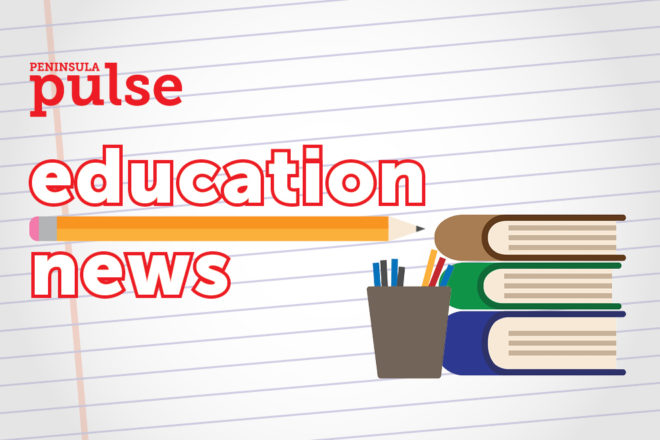 The Gibraltar Area School Board on Monday approved contracts to replace the roof on Door Community Auditorium and to spend three years and up to $90,000 total replacing windows for safety reasons.

The board will replace 13-14 windows per year for three years in the old, two-story elementary portion of the building. Pella’s bid halved the amount offered by the only other bidder.

Overhead Solutions submitted the lowest of three bids – $119,000 for 50-year shingles – to replace the 33-year-old roofing on the district-owned Door Community Auditorium.

The two emergency/safety projects are not part of the $29.8 million building referendum that’s on the ballot for April. That referendum is for replacing the middle-school and offices building and secondary gymnasium in the center of the school, plus security features and eliminating many ramps connecting other levels of the school that don’t meet Americans with Disabilities Act requirements.

The school board on Washington Island on Monday voted to place a nonrecurring referendum on the ballot: asking for $935,000 per year for two years for operational expenses beyond the district’s property-tax revenue limit.

The district’s $775,000 referendum is expiring June 30, and last year, the district used $200,000 less than that because of lowered expenses resulting from COVID-related limitations to in-school operations, according to district business manager Sue Cornell.

Washington School has one of the lowest property-tax rates in the state and the second lowest in Door County, following property-rich Gibraltar.

Although the mill-rate increase sounds small, Cornell knows residents carry a majority of the cost burden for the school because the district receives virtually no state aid.

For that reason, the district will campaign to explain the call for an increase of more than $150,000 in total revenue from tax bills in each of the next two years. The district will send out mailers and information to taxpayers and invite the public to meetings, including a future open-house–style session.

In keeping with the referendum that voters approved in November, Southern Door School Board members on Monday authorized Ehlers, Inc. to sell $14.9 million in bonds for classroom renovation, parking-lot expansion, office relocation and the construction of a bus garage and multipurpose training facility.

The board also gave the OK to resume classes early on Aug. 30. Superintendent Chris Peterson said work on interior projects will commence this spring and summer, and he hopes to see work on exterior projects begin later in the summer or early fall.