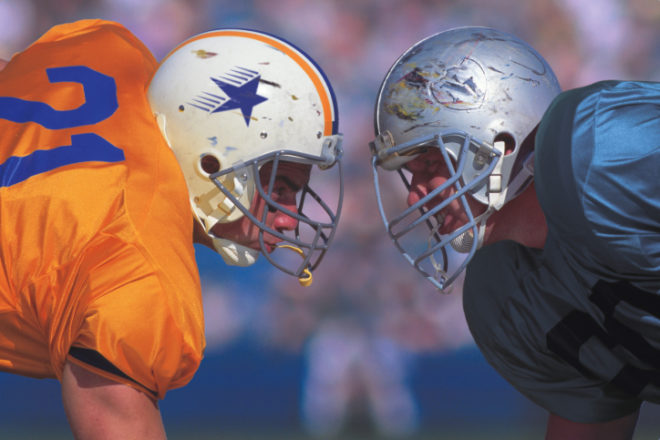 A recent study suggests that most professional football players could incur brain damage as a result of relentless blows to the head. The heads of 40 former NFL football players who played in the league for two to 17 years were examined with a new and very sensitive brain scanner. The players ranged in age from 27 to 56, and almost half (43 percent) showed signs of traumatic brain injury. Such trauma is often a precursor of degenerative brain disorders, including encephalopathy and Alzheimer’s disease. Nearly half of the football players had problems with learning, memory and concentration. (The Week, April 29, 2016; livescience.com)