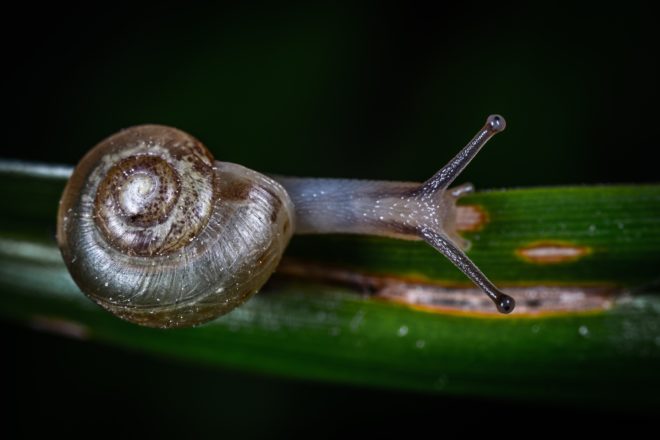 Biodiversity is the variability among living organisms that comes from all sources, including terrestrial, marine and other aquatic ecosystems. These photographs show a snail and an animal called the emperor tamarin, found in Central and South America. Biodiversity in animals falls into two groups: those without a backbone, called invertebrates (e.g., snails); and those with a backbone, which is a series of stacked bones that provide for muscle attachment and internal support.
Most of us are familiar with the external anatomy of snails, but you probably know little about the emperor tamarin. These little monkeys have bodies up to eight inches long, and their distinguishing feature is a long, white mustache that looks like the mustache worn by the German Emperor Wilhelm II.

Comparing a snail with a mustached monkey represents extremes in animal diversity, which is being lost on earth at a very rapid rate. During the past 40 years, the planet has lost half of all of its wild animals. Diversity is becoming a thing of the past due to humans’ destruction of animal habitats, a practice accelerated by population growth and the elimination of regulations that protect animals. Emperor tamarins are endangered and may be extinct in 50 years.Sources: UN Environment Programme: “200 Species Extinct Every Day, Unlike Anything Since Dinosaurs Disappeared 65 Million Years Ago,” huffingtonpost.com/2010/08; biologicaldiversiy.org/programs; greenfacts.org/en/biodiversity; earthday.org/do/2018; panda.org/ourwork/biodiversity