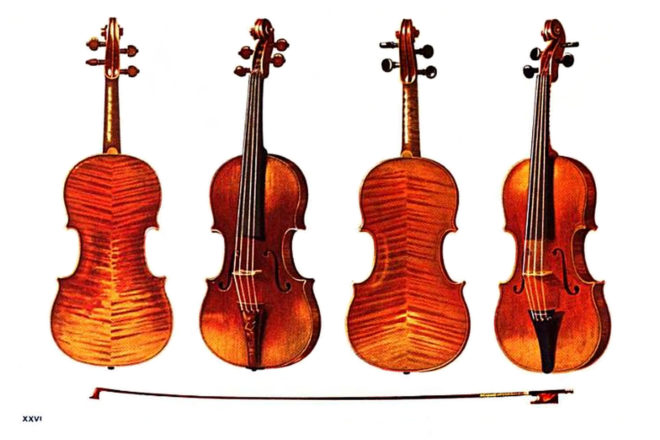 Many violinists traditionally believe the 18th century violins made in Italy by the Guarneri and Stradivari families produce sound that cannot be reproduced by modern violins. Violin collectors and are willing to pay incredible prices to own or play these instruments. For example, it is said that in 1912 one Guarneri was sold for $16 million.

Recently it was shown that professional violinists and audiences could not distinguish these instruments from modern ones. The experiment involved professional players, either playing with an orchestra or as soloists wearing goggles that prevented them from recognizing the violin. They performed before an audience made up of musicians, critics and composers. This group of experts could not distinguish between sounds produced by 18th century violins and agreed that the new violins projected sound better than the old ones. (The Economist, 2017, May 11.)