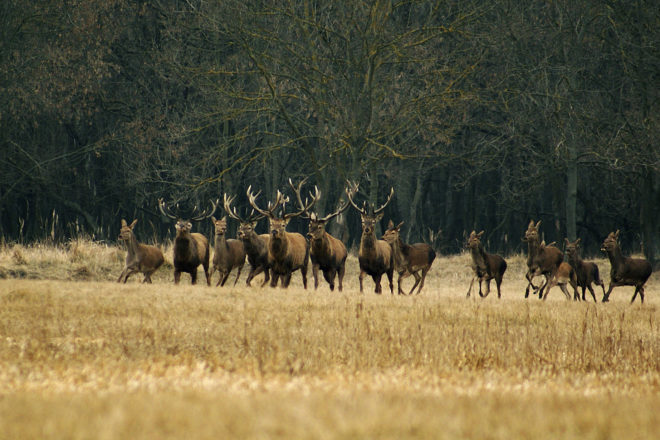 When a herd of deer is frightened, in which direction are they likely to run? Czech scientists decided to find out by startling 188 groups of roe deer grazing in open fields. Once startled, the scientists tracked the direction in which they fled. Try to guess the direction by selecting one of the following three possibilities: 1. They fled in all directions as fast as possible, 2. The deer ran a short way, stopped, and regrouped, 3. They preferred to flee into the nearest cover, or 4. They preferred running toward magnetic north or south. The answer is #4, which suggests that the deer have an internal compass. The scientists hypothesize that this allows the herd to escape without colliding with each other. This behavior may also enhance their ability to reassemble as a group as soon as the threat is over, and it is possible that these roe deer have the ability to distinguish compass points, as is the case with a number of vertebrate animals. (Scientific American, 2006, Oct. 16)