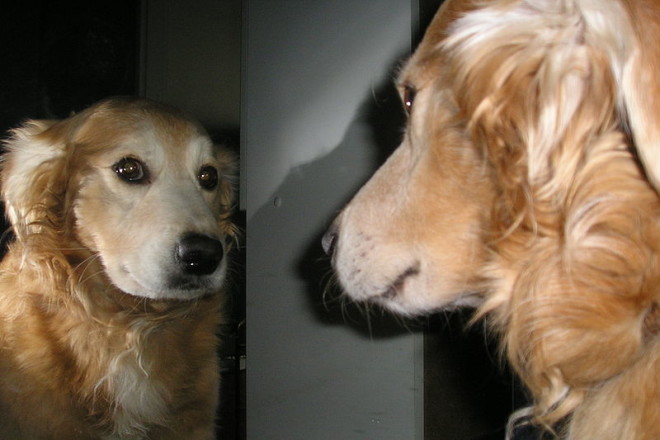 What’s the basis for our “love affair” with dogs? It all has to do with the same neurotransmitter that plays a role in a mother bonding with her infant or two people falling in love. It’s called oxytocin, and its effect is to provide the brain with a feeling of well-being and enhance emotional connections. It has been called the “love” neurotransmitter, and it is known to sharply rise during human intimacy or when a new mother sees her child for the first time. Recent studies show a rise in blood levels of oxytocin in both humans and dogs when they interact with each other. The output of oxytocin is especially enhanced when dog and owner look into each other’s eyes. This does not occur with wolves. “So when your dog is staring at you, it may not just be after your sandwich.” Brain imaging studies reveal that when a mother is shown images of her child or her pet dog, the same areas of the brain are activated. These areas are associated with emotion, reward and bonding. At the same time, of course, oxytocin is released. (Science, April 17, 2015; Hare and Woods, 2013, “The Genius of Dogs: How Dogs Are Smarter Than You Think,” Dutton Adult, NY)