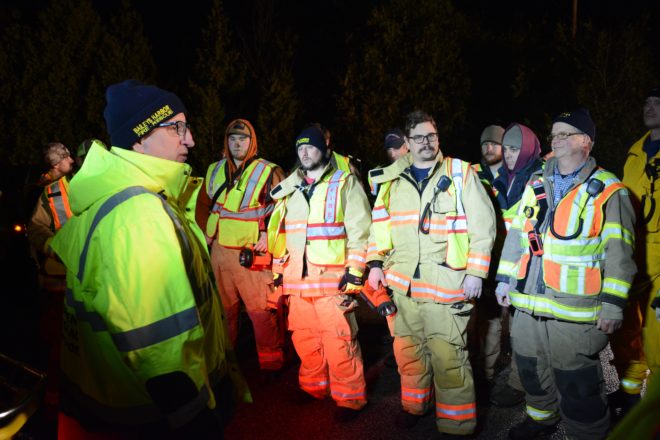 The Door County Sheriff’s Office was notified of a possible missing 76 year-old male in the County Q and Birch Road area at 5:36 pm.The man had gone for a hike earlier in the day and not returned. A search was launched involving personnel from 13 different police, fire, and natural resources agencies. A conservation warden located the man at 8:46 pm and guided him out of the woods, where he was examined by paramedics and transported home.

The area of the search was a large, road-less tract of heavily wooded land. Search efforts were further hampered by darkness and poor cell phone coverage. The subject told responders he had been walking on a trail and had lost his bearings. Other than being cold, he was not injured.