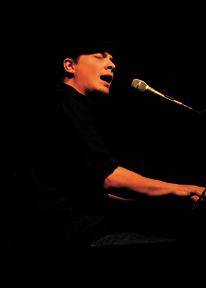 Mattson, a longtime resident of Door County, made his national debut on NBC’s America’s Got Talent during the summer of 2008. Judges and viewers alike called him an “up and coming superstar” as he captured the hearts of fans with his unique vocal and performance style. Drawing inspiration from Elton John, Billy Joel and Bruce Hornsby, Mattson came in as the runner-up in an exciting photo finish to the competition. When the votes were tallied, only one-half of one percent separated Mattson from the grand prizewinner.

Since the show ended, the 27-year-old Mattson has performed around the country including events in Washington D.C., Las Vegas and Palm Springs. His most recent local appearance was at the Door County Community Auditorium in May.

Mattson was chosen as Cellcom’s new spokesperson in March of this year.

Tickets for the show are $25, and there will be a meet and greet held at the theatre following each of Mattson’s concerts.

For tickets or other information, call 920.743.1760 or visit http://www.thirdavenueplayhouse.com.