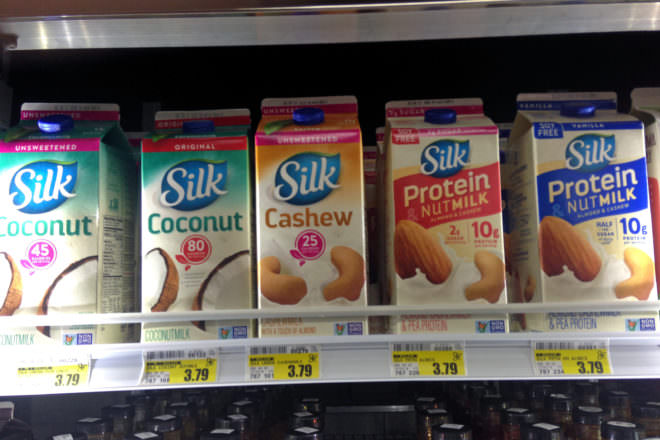 1a :  a fluid secreted by the mammary glands of females for the nourishment of their young; b (1) :  milk from an animal and especially a cow used as food by people (2) :  a food product produced from seeds or fruit that resembles and is used similarly to cow’s milk<coconut milk> <soy milk>

2:  a liquid resembling milk in appearance: such as a :  the latex of a plant; b :  the contents of an unripe kernel of grain

On behalf of a skittish dairy industry, Sen. Tammy Baldwin has introduced the Defending Against Imitations and Replacements of Yogurt, milk and cheese to Promote Regular Intake of Dairy Everyday Act, or the Dairy Pride Act.

The bill would require that plant-based beverages such as almond and hemp milk could “no longer be confusingly labeled with dairy terms like milk, yogurt and cheese.”

Besides implying that consumers are not very bright, clearly, the dictionary definition of milk refers to more than liquid from a mammary gland. So what prompted this unprecedented attempt by the dairy industry to hijack the word with the help of Sen. Baldwin? 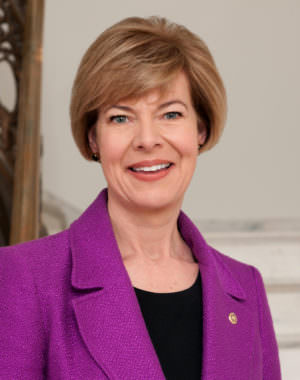 In a news release announcing the bill, dairy farmers from across the state voice their support for the bill, including Jim Smidel of Brothers Smidel Farms, LLP in Kewaunee: “As a proud Wisconsin dairy farmer, I support Tammy Baldwin’s efforts to introduce the Dairy Pride Act. I know the economic struggles we dairy farmers face on a daily basis, as I am also an Ag Lender, helping through the low milk prices of 2015 and 2016. We don’t need competition from plant-based drinks being labeled as milk and sending a false message to consumers, and also falsely advertising them as being better than cow’s milk. When compared on nutrients and price, cow’s milk still comes out on top. I am opposed to all false labeling of food products that aren’t true dairy products.”

“This is just a political play honestly,” said Michele Simon, executive director of the Plant Based Foods Association. “There is nothing about how plant-based products are labeled that threatens cow’s milk.”

Perhaps it’s because of the phenomenal growth in plant-based milks. Sales of almond milk alone have grown 250 percent since 2010, amounting to $894.6 million in sales in 2015, according to the Nielsen Company. That represents about five percent of the milk market. During the same period, the dairy milk market shrunk by more than $1 billion.

In a one-sheet guide to this bill, the question is posed, “Why is this bill important?”

The answer is a self-serving nod to the dairy industry and also a matter of debate.

“Dairy products are an important part of a healthy diet for both children and adults,” the Dairy Pride Act one-sheet states. “The 2015 Dietary Guidelines for Americans, published by the U.S. Department of Health and Human Services and the U.S. Department of Agriculture, found that most Americans are not meeting recommended intake for the dairy food group.”

While the official U.S. food pyramid puts dairy products near the top of the heap, an eating pyramid produced by Harvard Medical School and the its T.H. Chan School of Public Health declares dairy products should be limited.

“While calcium and dairy can lower the risk of osteoporosis and colon cancer, high intake can increase the risk of prostate cancer and possibly ovarian cancer. Plus, dairy products can be high in saturated fat as well as retinol (vitamin A), which at high levels can paradoxically weaken bones,” the Harvard website states, suggesting that people get their calcium instead from collards, bok choy, baked beans, supplements and fortified soy milk.

There is research out there that cow’s milk – specifically designed for calves – is detrimental to human health, such as a broad, 12-year Harvard study that found women who consumed the most calcium from milk broke more bones than those who rarely drank milk, and a report in the American Journal of Epidemiology that found “Consumption of dairy products, particularly at age 20 years, was associated with an increased risk of hip fracture in old age.”

Amy Lanou, nutrition director for the Physicians Committee for Responsible Medicine in Washington, D.C., has stated: “The countries with the highest rates of osteoporosis are the ones where people drink the most milk and have the most calcium in their diets. The connection between calcium consumption and bone health is actually very weak, and the connection between dairy consumption and bone health is almost nonexistent.”

“The hypocrisy in this just blows my mind,” he said. “And we need somebody to look out for us and tell us what’s in that container because, heaven almighty, if I put something in my mouth or body that I didn’t educate myself on, I need somebody else to blame for it.”

He believes consumers are smarter than the Dairy Pride Act gives them credit for.

“My customers are an educated bunch,” he said. “They don’t want the antibiotics and they don’t want the animal cruelty. We do sell one brand of cow milk that comes from a small Mennonite farm in the middle of the state that has great animal husbandry and does ultra-low pasteurizing, just enough to get by the state code. My customers are aware and looking for that. The demographic shopping my store, they know what the difference is, they know what they’re looking for. They’re putting their lives in their own hands.”