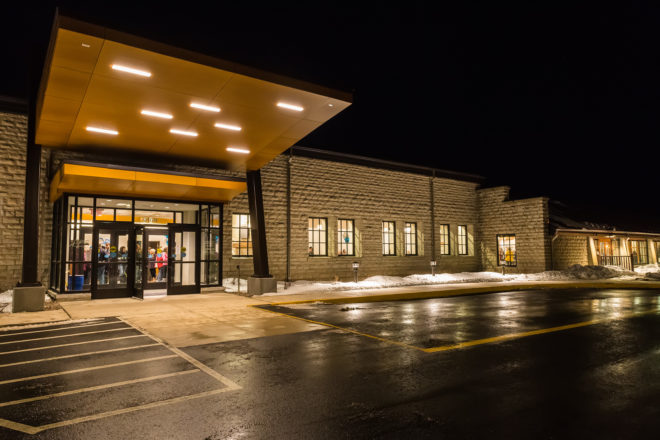 The new Door County Senior & Community Center can make a 25-year-old local reporter look forward to growing old in Door County. Early fears of stuffing our vulnerable elderly population in the musty old highway shop were blasted away like the soot that covered the hand-carved stone and radiant lumber of the 1930-era building.

“You don’t get these types of moments a whole lot in your career where you’re just filled with this excitement,” said Jake Erickson, program director for the Aging and Disability Resource Center (ADRC).

Hundreds of people gathered at an open house of the facility on Jan. 18, to get a glimpse of the approximately $10 million taxpayer investment.

“We did have opportunities to come up with some creative programming and expand our services to meet our community’s need, we just didn’t have the space,” Erickson said. 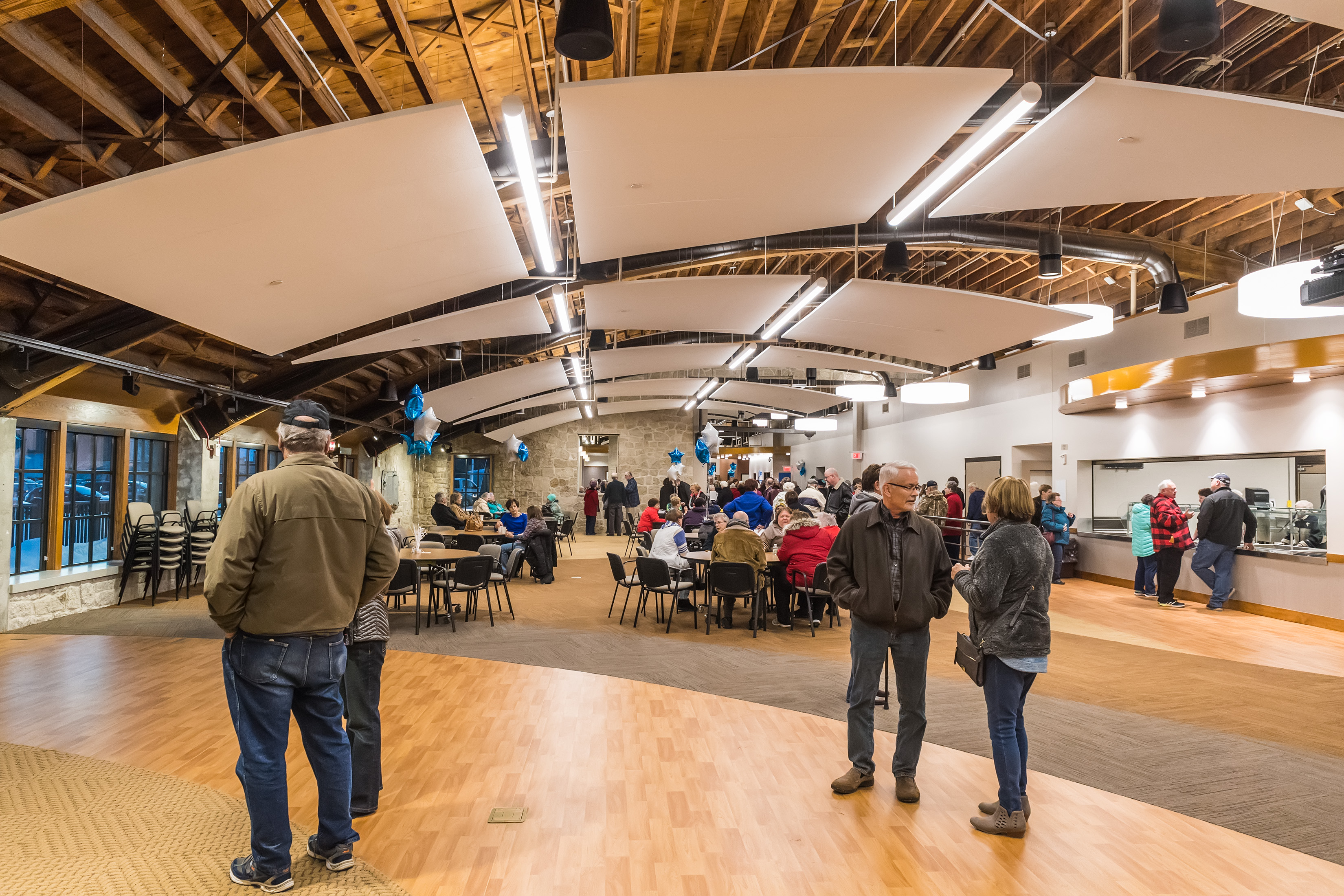 He said the building increases their capacity about four times. That means more programming for a population that is only expected to get bigger.

“I think it’s very proactive thinking,” said Erickson. “When you think about our older adults, those that are 60-years-old and older, that population alone is going to grow exponentially in the next 15 years.”

Beyond meeting the needs of senior citizens with the ADRC, County Administrator Ken Pabich sees the facility as a way to better incorporate other nonprofit services in the county under a collective space.

“It’s a shared facility for the entire county to come in and use it,” Pabich said. “People can come in here and use it, not just for meals, but for learning and exercise.”

County staff has already been talking to local organizations about offering fitness classes and activities for the social and cognitive betterment of the county’s older population.

As the county was deciding to convert the old highway shop into the senior center, they received some pushback from those concerned about health hazards leftover from the previous use.

“We still don’t know if it’s livable,” said late Property Committee member Richard Haines in Jan. 2016. “You’re going to put people in there. For the same amount of money, you can build two new buildings and you know they’re not going to be smelly.”

“Everything was black,” Pabich said, detailing the safeguards the county had put in place to ensure the building was safe. “We had money set aside [for cleanup] but we tapped into very little. We didn’t have any major contamination in the building.”

Pabich said the building was built in the 1930s as part of the Works Progress Administration, a New Deal initiative funding jobs for unskilled men in construction of public works projects.

“You just couldn’t build a building like this today,” Pabich said. 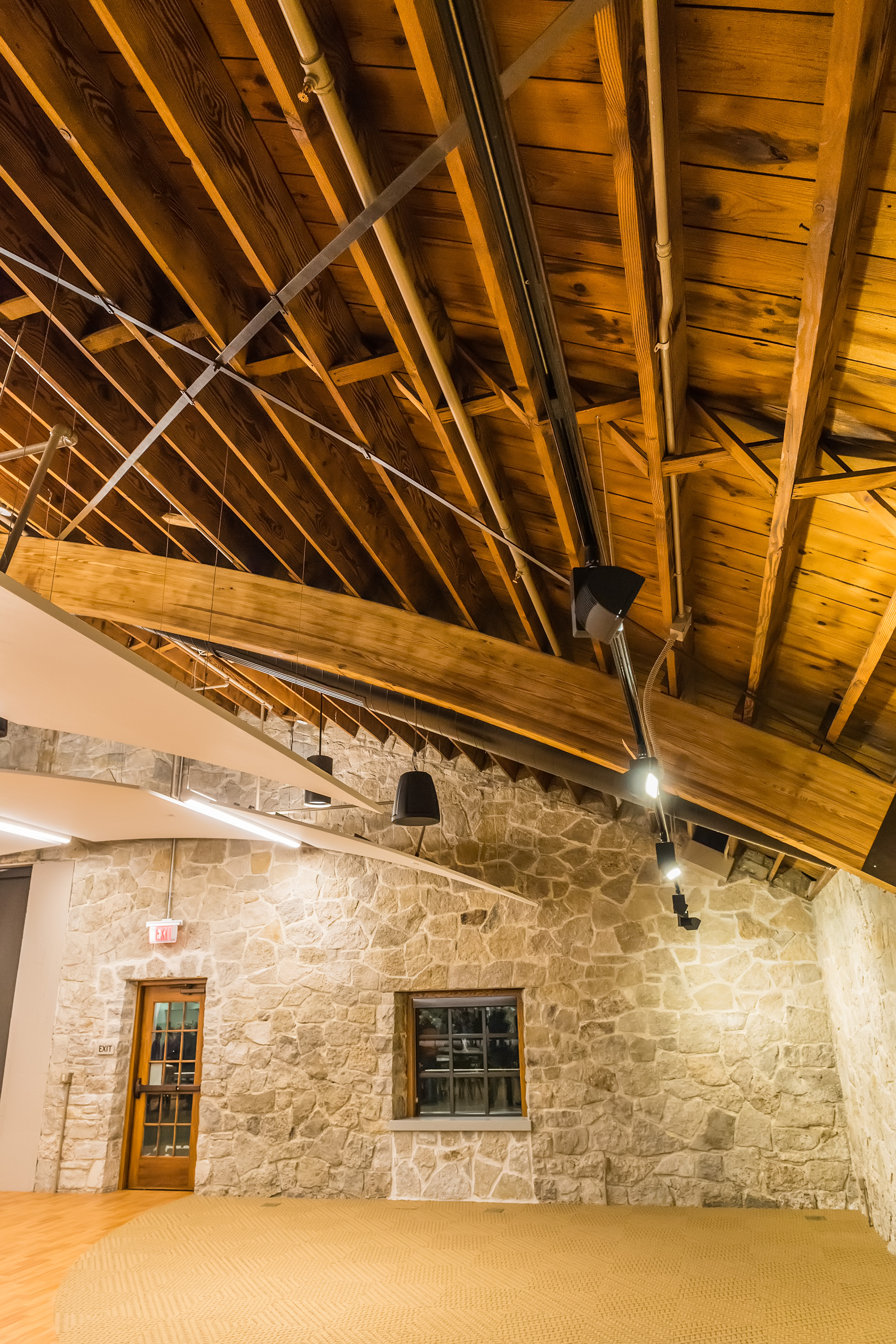 The walls are made of hand-cut stone and measure four feet thick. Wooden ceiling beams, covered by decades of highway soot, were uncovered by a dry baking soda solution that sounded like it came from a do-it-yourself home improvement magazine.

“We used it for 70 years as a highway shop and now we just redid it and there’s no reason it can’t last another 70,” Pabich said.

“The overall excitement today has been just awesome,” Erickson said. “You could feel it in the room. It was infectious. We’re hoping to carry that with some positive momentum.”

Pabich said there is still exterior work to be done in the spring as well as removal of the old senior center, but he is confident the project will come in under budget.

County staff have already begun moving into the new facility.