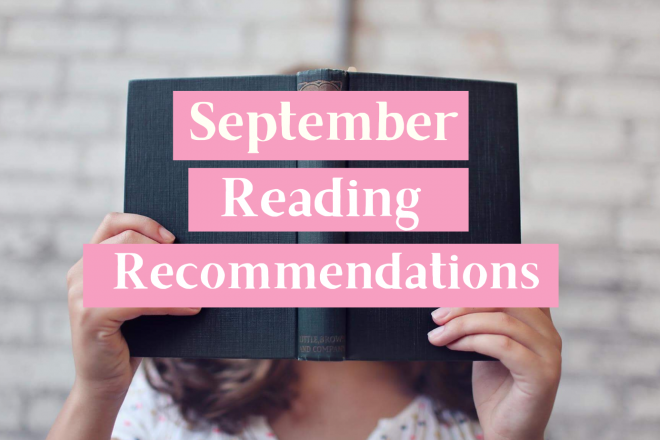 Looking for something to pick up as we approach the autumn shoulder season? Check out these recommendations, and maybe you’ll find your next favorite read!

The Map of Knowledge: A Thousand-Year History of How Classical Ideas Were Lost and Found by Violet Moller
Recommended by John Maggitti, co-owner, Novel Bay Booksellers

I fancy myself something of a history buff, and one of my favorite series is Thomas Cahill’s Hinges of History. These are stories we weren’t taught in school, yet they have lasting impacts on the world we live in today.

Moller’s Map of Knowledge is similar in that it follows several ancient texts: Euclid’s Elements, Ptolemy’s Almagest and Galen’s various treatises on medicine. By exploring not only these works but also illuminating the cultural, religious and political influences of their times, Moller provides a fuller understanding of why these books survived when undoubtedly, many, many others did not.

She also mixes stories with the history chronicles to tell us far more than dates and facts. Seeing how these great works built off of each other gives us a richer appreciation of the continuity of learning and how that inspires leaps of understanding.

Moller guides us from Alexandria to Baghdad to Córdoba to Toledo, then Salerno and Venice, on a journey to explore the history of ideas and the often erratic paths by which enduring ancient works have survived.

In this first title from the Mike Bowditch Mysteries series, game warden Mike Bowditch works in the wilds of Maine and is always bogged down by his father’s past as an outlaw, poacher and all-around rotten guy. By contrast, Mike has a heart of gold, is tenacious and always seems to be downtrodden – though never bitter – as he unravels a crime in which his father is accused of murder.

In the soon-to-be-18-book series, Mike has occasional romantic interests and a wonderful relationship with a retired game warden and pilot, Charlie Stevens, who looks out for him. Mike is a stable, steadfast character who never gives up, making this series about him and his adventures easy to recommend.

Books are one of the best sources of escape from the stressful news of the day, and this recent work of fiction by Natalie Jenner is just such a mood-boosting book.

Set in England at the end of World War II, the story brings together a cast of eight characters from various walks of life who are all avid Jane Austen fans and joins them in an imagined story that presents character studies, romance and a plot reminiscent of the writing of Austen herself.

The Jane Austen Society’s founding members gather gradually as the house that Austen once lived in, Chawton Cottage, is in danger of being sold or inherited by an unknown male relative. The group decides to raise funds to buy the house and turn it into a museum.

Years ago, when I was fortunate to have a college year abroad in London, my landlady said to me, “I always read Jane Austen when I go through hard times in my life.” The characters in this story echo her idea repeatedly.

If you aren’t familiar with the space-opera subgenre of science fiction (sci-fi), here’s a quick definition: space warfare and melodramatic, risk-taking space adventures. Think Flash Gordon, but a little more lyrical than cheesy.

I’ve always been a fan of sci-fi but tended to read shorter, stand-alone stories. Leviathan Wakes was my first foray into a thick space adventure – and it was epic.

On their way back from a run to the rings of Saturn, Holden and his crew come upon a derelict ship, the Scopuli, and find themselves in possession of a secret someone is willing to kill for. Back on Ceres station, Miller is looking for a girl, and the trail leads to the Scopuli. Now Holden and Miller must grudgingly work together to solve this mystery and save the universe.

The story pulls together many genres and is a pretty easy read, making it a great introduction to this subgenre. The book is part of a nine-title series called The Expanse, and as a bonus, Amazon Prime did a TV-series adaptation called The Expanse – so you can check out the book and then the series!