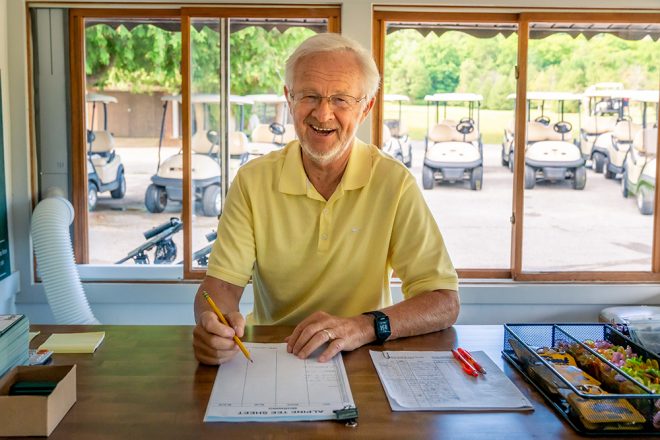 It’s 5 pm, midway through Labor Day weekend at Alpine Golf Course. Dennis Krishka has not yet wrapped up a long shift. He and his team have their hands full while accommodating the post-golf bar crowd.

Golfers looking for an evening nine pop in, as do visitors with questions about the ongoing rejuvenation of the clubhouse and historical course, purchased and reopened this spring.

Krishka – who’s “retired” after a teaching and basketball coaching career that included high school varsity posts at Gibraltar and in Denton, Texas, sandwiched around years as a coach and recruiter in the college ranks – has not had a chance to rest in seven hours. But he’s still smiling, cordial and welcoming.

“I think you’re going to like what you see,” he says to one group after explaining the major improvements to the quality of the greens and bunkers during the past three months.