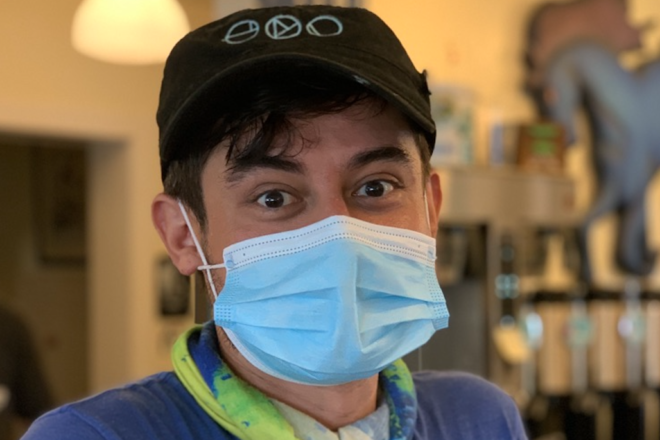 It’s early September, and three people approach the counter at Blue Horse Beach Cafe in Fish Creek. They’re the sort an experienced server can spot a mile away: the ones who don’t know what they want, haven’t looked at the menu and are about to walk the server through their entire decision-making process.

By the time the order has been placed, he’s walked the customers through most of the menu – both the food and the drinks. And he has done it all patiently and kindly, even while the line of other customers has grown behind them.

It’s not easy to do – not in a normal summer. Not in early September. Not in the year of COVID-19. But Robert sent them on with a smile.

And for that, Robert Lange is our Server of the Week.