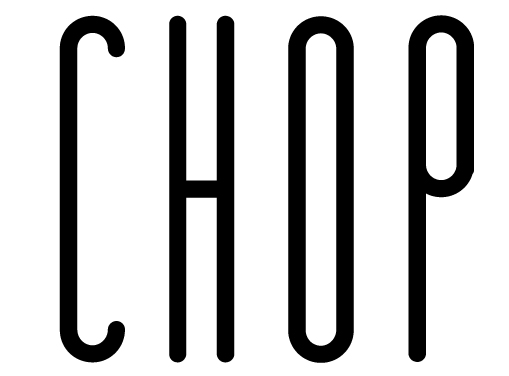 When you name your new restaurant Chop, you set the expectation bar pretty high when it comes to delivering traditional American steakhouse cuisine.

“We want to be the first choice for a great steak in Door County – period,” said Jody Wuollett, who owns and runs the Sister Bay restaurant with his wife, Patsy, and three children. 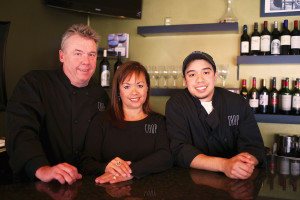 Jody Wuollett is a Door County native who has spent much of his life working in the service industry, at both corporate and independent restaurants, locally as well as on the West Coast, where he met Patsy, a native of Hawaii who made the move to Door County with Jody when he returned home in 2001.

The Wuolletts and their three children – Ryan, Tori and Ethan – were all working together at the Mission Grille in Sister Bay and realized that if they could work well together there, they might as well work toward establishing their own business. “We liked the idea of being your own boss and having our family working together,” said Patsy.

The Wuolletts more than live up to their promise and have become the first choice for local and visiting diners seeking the highest quality steaks, fish and seafood at an affordable price. Most entrees on the Chop menu fall within the $18 to 25 range. “We always want to be delivering value, va lue, value,” said Jody. 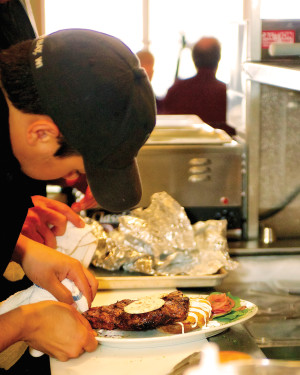 The cozy restaurant features an open kitchen, four-seat wine bar and seating for 36 guests, with an additional 12 outdoor seats available during the summer season, weather permitting.

Jody and Patsy were very pleased with their first year of operation and how each member of the team used their strengths. “Everybody found their niche, where they fit best,” said Jody. “Patsy is the calm and cool one, able to handle 22 people standing and waiting around a four-seat bar. I handled quality control and speed of service; that allowed Ryan to deal with production and oversight.” Even Jody’s mom pitched in, baking popovers for the restaurant.

Diners have taken note. Thanks to their enthusiastic responses, Chop rocketed to the top of online rating sources such as Trip Advisor and Yelp.

Speed of service is especially important for Chop. The small but popular restaurant can see tables turn over 3.5 times on busy weekend nights, and they served 102 people for New Year’s Eve. Testament to Chop’s success – on a Saturday evening visit in late February, there wasn’t an open seat to be found and Patsy took reservations for later that night. 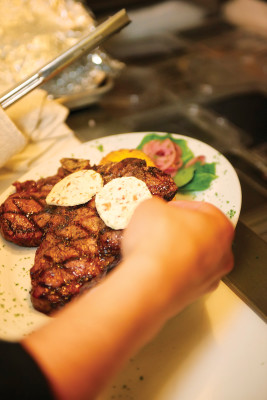 The Chop menu is a fairly straightforward approach to steakhouse fare, with a few delectable curves thrown in. Among the appetizers is a nod to Patsy’s Hawaiian origins, pan-fried ohana (ohana means family in Hawaiian) egg rolls (hand-rolled beef and pork mini-egg rolls served with sweet and sour sauce). Another luscious starter is the pan-seared jumbo sea scallops, wrapped with smoked bacon and served with a roasted garlic and lemon aioli sauce.

All the steaks at Chop are hand-cut to order from certified Angus beef and include a choice of soup or salad and chef’s choice of potato. To complement their steaks, customers can choose one of the flavored butter toppings, including the Chop house butter (Worcestershire and chive), bacon bleu cheese, Béarnaise, or South American style-Chimichurri, with garlic and fresh herbs.

The regular menu is augmented with a list of daily specials that includes the Thursday bone-in 12-oz Iowa pork chop (pan seared and finished with a maple butter glaze, sautéed apples and toasted pecans), and the Saturday Surf and Turf, which includes choice of petite filet, top sirloin or New York strip steak, paired with choice of cold-water lobster tail, bacon-wrapped scallops or panko-crusted shrimp. 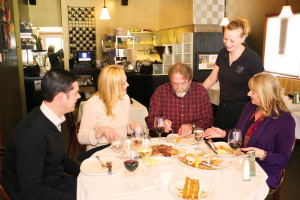 Steve and Jessica Sauter of Ephraim were regular diners at Chop in its inaugural season. Steve owns a business not too far from Chop, so he is hopeful they will someday expand their hours to include lunch, especially for the Kobe burger. He also notes that Jessica is an Iowa native and that she has fully endorsed the Iowa chop special.

Desserts (for those who leave room) include a decadent Bananas Foster cheesecake, swimming in sauce and surrounded by sliced fresh bananas; a thick, rich, fudge-like flourless chocolate cake; and the Chop sundae with chocolate and salted caramel sauce.

Patsy has been successfully leveraging social media to market their new business. Chop maintains a database of more than 300 email addresses and has almost 550 followers on Facebook. 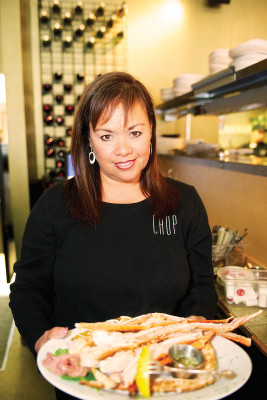 “It took a while for people to find us, and it is hard to reach the transient market, but we had a very steady regular following, with people coming back three to four times a week,” said Patsy.

This year will see a few additions to the Chop menu. “We want to make some changes to the menu so regulars don’t get bored,” said Jody. Their second year will see more emphasis on seafood, including frequent fresh catch specials.

They will be adding a foie gras butter and a Mediterranean-style olive oil and herb to their list of steak toppings, and will bring back the Hawaiian-style short ribs dinner. Beef Wellington will be a new entrée menu paperitem for 2013, along with a bleu fondue tenderloin appetizer – bite-size steak pieces with bleu cheese fondue sauce, which was tested as a special in 2012. Good news for year-round Door County residents:  “We plan on more continuous operations throughout the year; we’ll be open more,” said Jody.