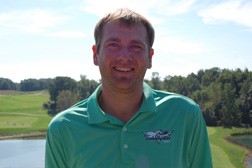 One intrinsic feature of living on a peninsula is the flow of news. Within the borders of Door County, news travels very well, and this remains true throughout the realm of golf. Chances are, anyone who has spent time playing or following golf in Door County during the last five years likely heard news of Cam Fuller.

Fuller generated news as he dominated high school golf in Door County during his four years at Sevastopol. The class of 2008 graduate was crowned Packerland Conference Player of the Year on three different occasions in addition to being named 2nd-team All-State his senior season.

After leading the Pioneers to a second-place finish at the 2008 WIAA State Tournament, news finally made its way past the southern border of the county, to the University of Wisconsin-Green Bay.

With a scholarship offer on the line, the Phoenix presented a pitch that matched all of Fuller’s needs.

“Anytime a Division I school is looking at you to play a sport, it’s going to draw all your attention, and with it being so close to home – just a 40 minute drive – you’re right there,” Fuller said. “With Green Bay being a Division I program, it was a pretty easy decision for me.” 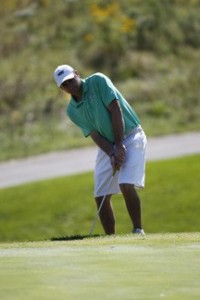 It is a decision he has thoroughly enjoyed. After a long winter of reconstructing his golf swing, Fuller recently finished his junior season at Green Bay in what he called his best spring season yet.

Throughout the spring, Fuller posted a scoring average below 75 for the first time in his career. He broke onto the regional stage at the Horizon League Championships, shooting a three-round total of 224 (8 over par), just two strokes shy of a first-place finish and an automatic birth into the NCAA tournament.

The first place finisher was Fuller’s teammate, Chad Ebert, and while Fuller was disappointed to come up short individually, the team aspect of golf is the one he cherishes more than any other.

“Golf is a cool sport because, at the college level, it’s an individual and team sport. Baseball is a full out team sport, where you could have a guy that goes 4-for-4 but the team loses 10-1,” Fuller said. “In golf, if you play well, you’re rewarded, and so is the team.”

His comparisons to baseball come at no surprise. Fuller grew up excelling in baseball, much like his older brother Cory. However, in addition to having contradicting swings, golf and baseball share similar seasons, and committing to both is an extremely difficult, if not impossible, task.

When competitive golf finally came into the picture for Fuller, he was in high school and had a decision to make, but his leading ambassadors made it clear that he could take any track he desired. 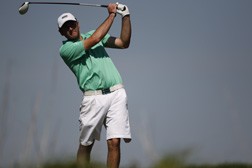 After a long winter of reconstructing his golf swing, Fuller broke onto the regional stage with a second place finish in the Horizon League Championships. Photo courtesy of Matt Ludtke/GreenBayPhoenix.com.

“When I was growing up, my parents basically said ‘Play whatever sport you want to play,’” Fuller recalled. “That was nice to have their support, and ultimately I chose golf.”

Although that choice has opened doors and provided employment for a majority of his life, it likely will not consume a majority of his future. Fuller plans to graduate from Green Bay in the spring of 2013 with a degree in business management. He will not pursue any golf tour opportunities and is currently busy working as a Marketing Intern at Wausau Paper.

Even if his future may not hold much competitive golf, he still has one more chance to control that little, dimpled ball in the collegiate sphere and is yearning to make the most of it.

“We return basically our whole team next year,” Fuller noted. “We should have a good chance to be right up there.”

With Fuller as the Phoenix leader, Door County will be anxiously awaiting the news.