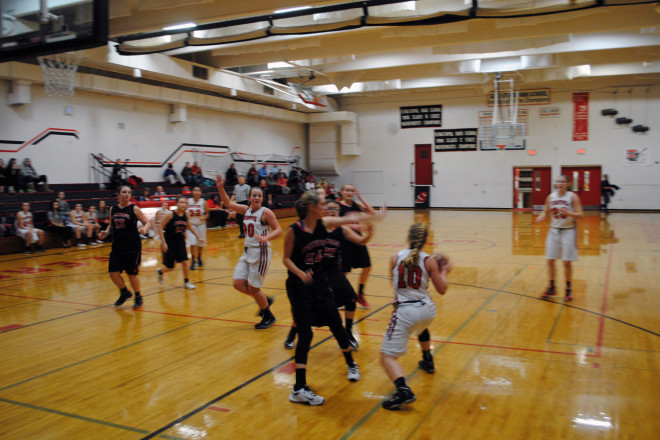 The Sevastopol Pioneer boys and girls basketball teams wrapped up their seasons in February. The boys team, under the direction of third-year head coach Andy Symons, finished the season with a 4-18 overall record (0-14 conference). The girls team finished their season with a 4-19 (0-14 conference) overall record under second-year head coach, Dan Judas.

It was a small improvement since last year for the boys squad, who finished with a 3-20 overall record during the 2014-15 season a year ago. Of their four wins this season, two were against Stockbridge with additional wins against Johnson Creek and the Northeast Wisconsin Christian Homeschool squad. 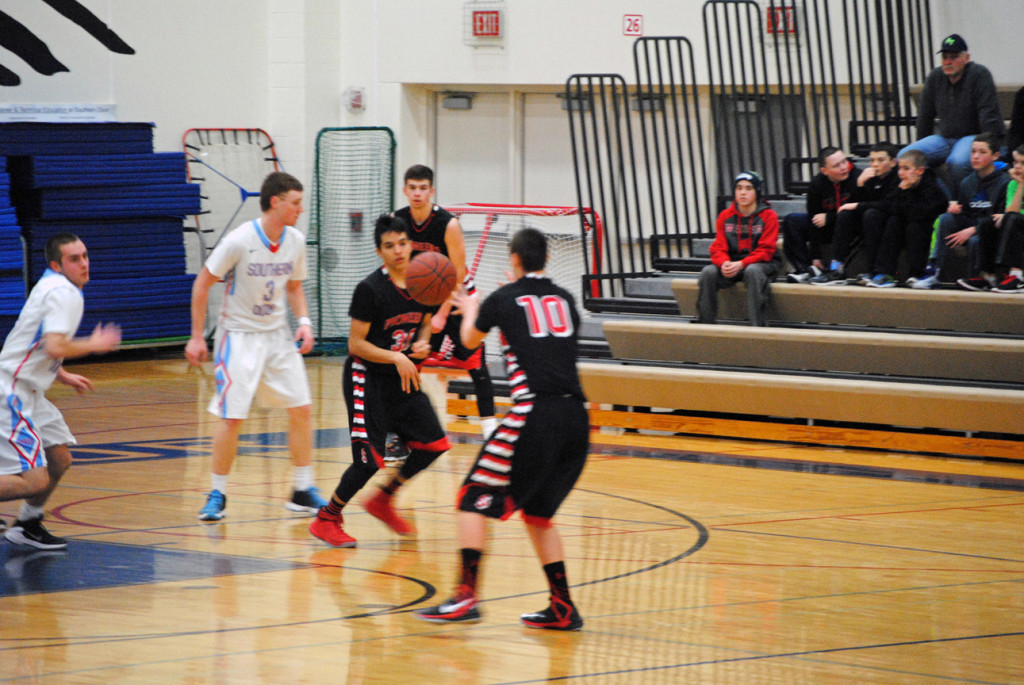 The Sevastopol Pioneers boys basketball team wrapped up their season in February, finishing with a 4-18 overall record. Submitted.

The lady Pioneers, who finished the 2014-15 season with a 9-14 overall record, found it challenging to overcome their lack of experience this season.

The Pioneers beat Stockbridge twice this season and also found wins against Crivitz and Goodman/Pembine.

The lady Pioneers lost their opening round regional contest to Green Bay N.E.W. Lutheran, 58-37. The Pioneers were within six points at halftime, down 23-29, but were unable to recover in the second half.

They will lose two seniors to graduation, Adaline Nelson and Megan Stillman, but look to bring back experience next season.

Thank you to all who contributed to both the boys and girls basketball seasons, including boys coaches Andy Symons and Brian Mosgollar and girls coaches, Dan Judas, Jen Wiesner and Sara Junion.