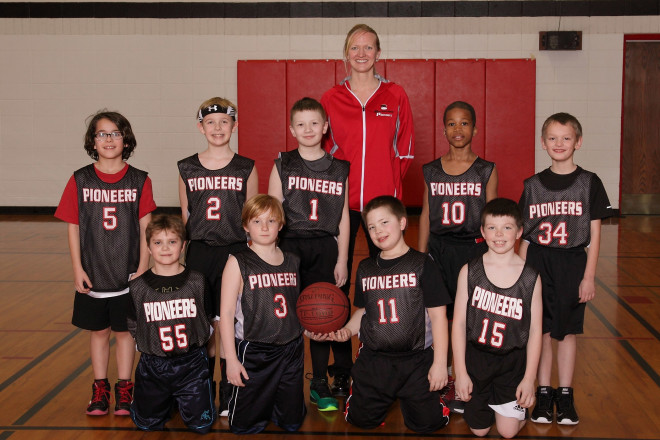 The Sevastopol Pioneers fourth, fifth and sixth grade boys basketball teams completed their basketball seasons in mid-February. A total of 29 athletes comprised the three teams that have been on the courts the past several weeks.

The fourth grade team, coached by Sevastopol High School physical education teacher Lindsay de Young, consisted of nine players. She was impressed with the continuous growth and improvement of her players.

“Our fourth grade team had an incredible year of growth. We had a ‘green’ team with very little prior basketball experience. Each and every player made great strides during the past couple of months,” de Young said.

The coach was thrilled with her team’s excitement, ability to work together, and their focus on basketball fundamentals.

“Their attitudes were amazing and they strived to work together as a team,” she said. “The boys impressed me each time they took the court with their drive and excitement.”

As most would agree, youth basketball requires a dedicated focus to developing fundamentals along with patience for skills to develop for the young athletes.

“The fundamentals they learned started to click and it showed on the court. I also had great support from parents throughout the season. I’m excited to watch these boys grow and develop in the coming years!” de Young said.

“Some of my favorite moments were scoring 16 points in a game against Algoma and also winning both games against them,” he said. “I learned many basketball fundamentals while having fun with my buddies.” 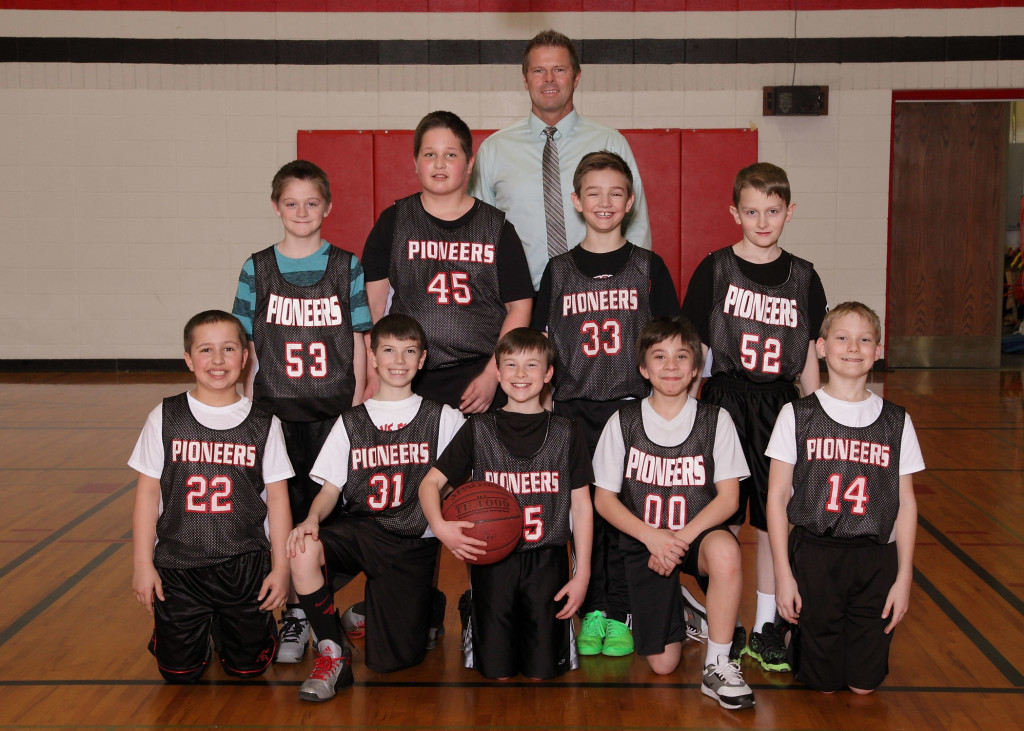 The fifth grade team was coached by Brian Jilot and also included nine players on the roster. They also found success on the court while achieving their team goal of showing improvement each week.

Logan Retzlaff, a fifth grader on the team, enjoyed playing basketball for the Pioneers this season.

“When we played Gibraltar at home, we had a lot of fun together as teammates and won the game,” Retzlaff said. “I learned a lot more things about basketball this year and had fun being with my friends”.

The sixth grade squad of 11 players, under the direction of Jason Bieri, concluded their youth basketball careers and will look to transition to junior high basketball next season. Bieri was especially pleased with the success his players had on the court after achieving their team goal of finishing with at least a .500 win-loss record. They finished their season with a 5-4 record that included season sweeps of Gibraltar and Algoma along with splitting their series with Sturgeon Bay.

However, winning was a secondary goal for Bieri.

“You hear it all the time, but our focus has been one of ‘team first and team only’,” Bieri said. “We tried to have them all focus on basic concepts that would benefit the team and not an individual’s stat line.” 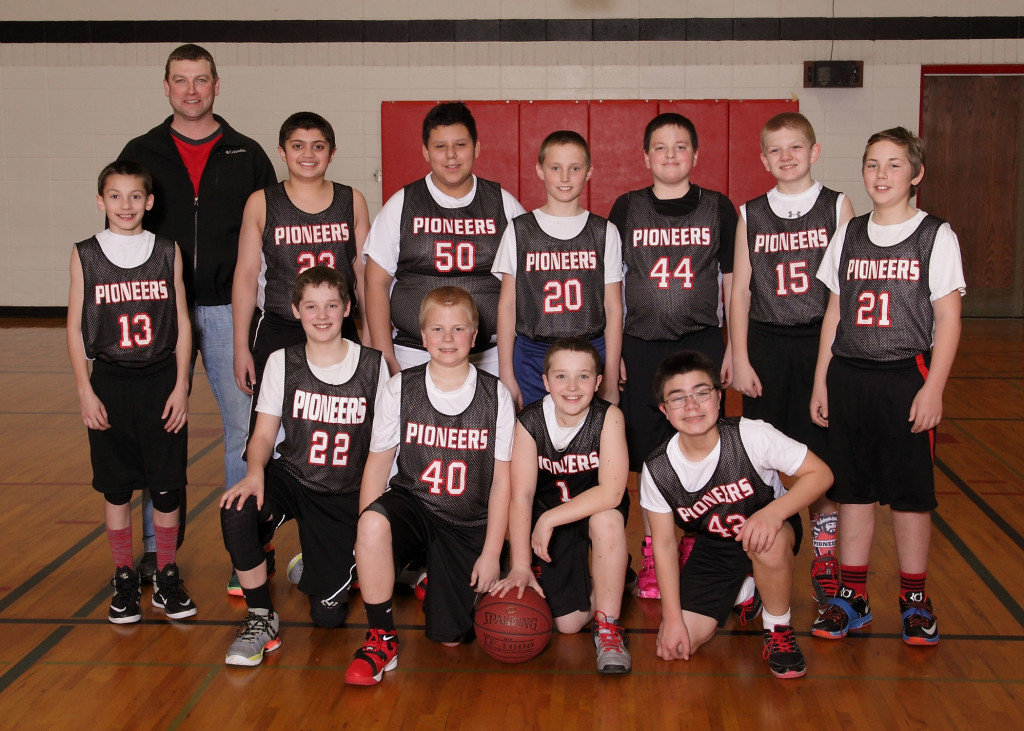 Much of the team’s focus included hustling on the court, making smart passes, taking good shots, and playing effective defense, according to Bieri.

“These concepts were laid out for them at the beginning of the year and the boys accepted the challenge,” Bieri said. “ We had a never-ending rotation of players ready to go into the games to help the team.”

Sixth grader Jack de Young, who is older brother to Frankie, acknowledges the success his team has had and is excited to make the jump to junior high basketball next season.

“We won some games this season and everyone got a chance to play and score. It was great to go 5-4 this season after going 4-6 last year,” de Young said.

He is looking forward to next season where he will compete at the junior high level.

“There is going to be a lot more competition next year and we are going to have to keep practicing over the offseason. I am looking forward to next season!”

Bieri is excited to see the boys prepare for junior high basketball as seventh graders next winter.

“The challenge moving forward is for each of them to work on their individual games during the off-season to help them become stronger when they return for junior high play.”

On behalf of the Sevastopol community, I would like to thank coaches Lindsay de Young, Brian Jilot, Jason Bieri and Mark Herrell for their contributions and dedication to the youth Sevastopol basketball programs.