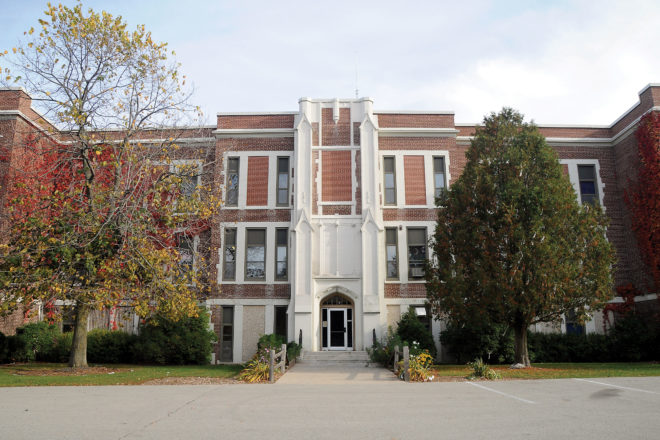 Sevastopol School went into lockdown at 7:50 am on Thursday morning following notification of a potential threat to the school. The Door County Sheriff’s Department determined the threat was “non-credible” and school resumed at approximately 9 am, although parents were able to pick up their kids from school and take them home for the day.

“This morning at 7:50 we received information from a parent that there was a threat against ‘SHS’ and we immediately contacted the police department and went into our lockdown procedures,” said Sevastopol School Superintendent Kyle Luedtke. “Police investigated the report via social media and they deemed it was not directed at Sevastopol School District and was non-credible so we resumed a regular school day.”

Dozens of parents waited in line to sign in and take their students out of school for the day. Other parents just wanted to check on their kids but intended to leave them at school. An officer with the sheriff’s department will be at the school for the remainder of the day.

“We had a deputy in the school zone doing traffic enforcement so our response was almost immediate,” said Pat McCarty, Chief Deputy with the sheriff’s department.

Students already at school were brought to the gym and cafeteria immediately, and then to their first period class where the rooms were put into lockdown. Officers searched the bags of students arriving on the bus.

McCarty said a student at Sevastopol School was sent a Snapchat message from someone the student didn’t know that signified a threat against “SHS.” The student shared that message with some of his friends at the school and one of those students notified their parents.

McCarty said the Snapchat message threatening just the initials “SHS” has affected many other school districts in the country. Schools with the initials “SHS” in Michigan, Kansas and Ohio have all responded to the threat in the past few days.

“Because this is a threat that isn’t contained to Wisconsin, we’re going to be reaching out to the FBI to make them aware of it,” McCarty said.