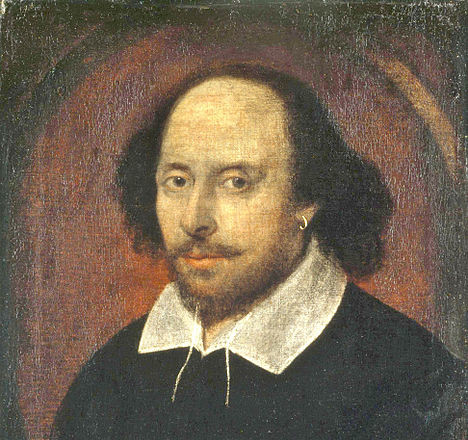 2016 promises to be a very important and exciting year for William Shakespeare. 2016 is the 400th anniversary year of Shakespeare’s passing and four centuries later, his brilliant legacy lives on stages across the globe, in textbooks from high school and college classrooms, and remains honored in many pieces of art including opera, musical theater, music compositions, and visual art. Shakespeare remains the most taught and performed playwright of the English language and his work serves as the foundation for many modern day cultural experiences. Plans are being made nationwide to celebrate the playwright in 2016.

Oregon Shakespeare Festival (OSF), one of the most prominent professional theaters producing primarily the works of Wm. Shakespeare, recently released the details of the Shakespeare Translation Project. This project is set to begin in 2016 and involves the commission of 36 playwrights who will translate all of Shakespeare’s plays into modern English. Let the comments and controversy begin!

There was an eruption from the nation’s artistic community wailing and pleading and asking, “Why, in an anniversary year, would you translate the Bard’s poetry rather than celebrate it?” This project has brought Shakespeare to the forefront of debate and discussion. Is Shakespeare’s language our language? Does it remain relevant to us?

Well, personally, I can see both sides of the debate. How can we oppose translating or adapting Shakespeare’s text when we can say we love West Side Story or an Opera based on Midsummer Night’s Dream? Who doesn’t love a good cover of a classic hit song? Isn’t this sort of the same idea? Shakespeare’s works are constantly adapted, so why is a dedicated project so horrible?

These new works will be produced alongside OSF’s 11-month-long season featuring productions of the traditional Shakespeare text. These translations will not replace those productions. Also, any project that initiates this much conversation and forces people to take a stand for the art form in question can already be deemed a huge success.

However, let’s bring up a few points that Ralph Cohen of the American Shakespeare Center focused on in his statement regarding the project. In Mr. Cohen’s address, he noted that the Shakespeare Translation Project “…Ignores the joy of acquiring language and endorses ShakesFear.” This is exactly where I fall into conflict with this project. There is already a stigma surrounding Shakespeare. So many patrons come in with a prescribed fear that they will be lost, have no idea what is going on and that the confusion will last for at least three hours. That is a huge hurdle to surmount and is a challenge many theaters focusing on classical theater face.

Also, I believe, as a producer of theater, that we need to give our audiences and actors more credit. Audiences are smart and they want to be challenged as well as entertained. That is why they are at the theater. Human nature itself is curious and does indeed find joy in learning and having light shed on humanity in a way they may never have seen or heard before. Let’s respect our patrons and give them an experience that is enlightening, brave, entertaining, heartfelt and human, rather than simply safe and understandable. Our audiences deserve more and naturally want more from their experience.

Also, let’s give some credit to the extremely talented artists who bring these plays to life, the directors who make the concept relevant and exciting, the actors who make Shakespeare’s text our language, and the designers who help tell the story through lighting, costume and scenic elements. They are the storytellers keeping William Shakespeare’s work alive and accessible. These artists love and embrace the challenge.

It’s human nature to be inquisitive, to solve problems, to learn and evolve. There is absolutely a place for challenge in our theaters. The size and scope of OSF’s project is incredible. It allows opportunity for playwrights to work off the rich and beautiful stories of William Shakespeare’s plays. However, I hope that we all can celebrate the language of Shakespeare in 2016 rather than making it simply our casual day-to-day language. Shakespeare’s language and stories are still very much ours. Four hundred years later, there are catch phrases, speeches and characters found in Shakespeare’s work that are still at the forefront of our cultural experience.

For more on this project and responses to it, visit americanshakespearecenter.com/v.php?pg=1970 and osfashland.org/experience-osf/upcoming/play-on.aspx.