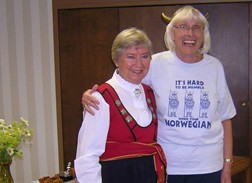 It was literary kismet the first time I read A Tale of Two Cities by Charles Dickens as a senior in high school. I remember where I was when I read those iconic lines – “It is a far, far better thing that I do, than I have ever done; it is a far, far better rest I go to than I have ever known.” I was sitting on huge rock (that I can still pick out today) in the woods by my parents’ house. I remember tears welled in my eyes, I shut them tight and fast, and when I opened them I felt different – I had fallen in love with Dickens and 19th century British literature in general.

I tell this clichéd story to account the importance of literature on a subjective, individual level. For me, this happened with the writing of a dead (English) white guy, but there is a whole other group of influential, worthy writers that fall outside the English language literary canon, and I often wonder what I miss as an anglophile.

This is where the Multicultural Reading Group comes in. They meet at the Sturgeon Bay library on the first Tuesday of each month at 1 pm to discuss various books by non-American authors. The group’s reading lists from over the years impressed me; they cover multiple genres, countries and time periods. For people who want to expand their literary world, this reading group is recommended.

Adult Services Librarian Laura Kayacan said the idea for the multicultural theme came from Julie Brickley, a UWGB professor who founded the school’s Women’s Studies program. The group began in 1994 and, in the beginning, the reading list was limited to non-American, women writers. After Brickley’s passing in 1998, Nancy Emery, the Adult Services Librarian before Kayacan, carried on the group, which will celebrate their 20th anniversary in 2014. Male writers are now included in the reading list (although the majority of writers are women).

The reading group chooses the books democratically a year in advance; Kayacan comes with a long list of titles, and participants vote for what books they’d like to read. The Kristin Lavransdatter series by Norwegian author Sigrid Undset was selected because there are “a lot of Norwegians and Swedes in the group,” according to Kayacan.

I joined them on July 2, when the group discussed the third volume in Undset’s series, The Cross. I was drawn to their selection since the author, who was popular in the United States in the 1920s, is largely unknown today. [A note on Undset: she won the Nobel Peace Prize in Literature in 1928.]

Twenty women were gathered around the table, and the first question I was asked was if I was Norwegian [‘No, Swedish,’ I answered]. They informed me they threw a potluck before the gathering since one volume of the series was discussed every July for the past three years, and they just finished the last novel and wanted to celebrate.

These women were interesting, engaging and had a lot to say. The conversation tended towards discussing the characterization of Kristin Lavransdatter and signs that pointed to Undset’s feminist leanings.

Undset’s nature descriptions were also brought up, and Carolyn Zahn-Waxler, who splits time between Door County and Madison, said, “I’ll never look at the sky again in the same way because of this [Undset’s writing]. It reminds us how removed we are from nature.”

Zahn-Waxler went on to say how connected she felt to the protagonist, as she could recall moments in her life when she did the same thing the protagonist had. “It had something to do with a certain kind of flower. I remember descriptions of Kristin picking the petals off the common mulline,” she recalled. In this moment of being out in nature, Zahn-Waxler shared a moment across time and cultures, and described it almost as a revelatory moment.

It’s these types of inconsequential, but memorable moments that are refreshing to hear at reading groups. In academic courses this type of reader-response is not favored, but it’s important to remember why we love literature in the first place. This reading group helped me remember.

The next multicultural reading group is scheduled for August 6 at 1 pm with Dear Life: Stories by Alice Munro. This group meets at the Sturgeon Bay library the first Tuesday of each month. For more information visit doorcountylibrary.org/book-clubs.