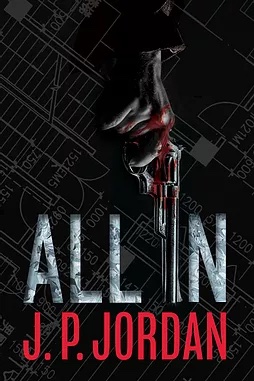 A professional crew of burglars has cracked several nearly impenetrable safes, stealing millions of dollars in diamonds and gold from a local jeweler in All In, the second mystery thriller by J.P. Jordan of Sister Bay.

The novel features Detectives Chuck Nowitzke and his partner, Anissa Taylor, whom readers met in Jordan’s first thriller, Men of God. The duo must investigate a highly sophisticated theft, but after they arrest one of the prime suspects, he is killed by an unknown boogeyman who is pulling the strings on a series of serious crimes against jewelers. The detectives are in a race against time to stop the killer before he disappears forever.

Jordan is a retired insurance executive. Learn more about his work at jpjordanbooks.com or follow him on Instagram at jamesjordanauthor.