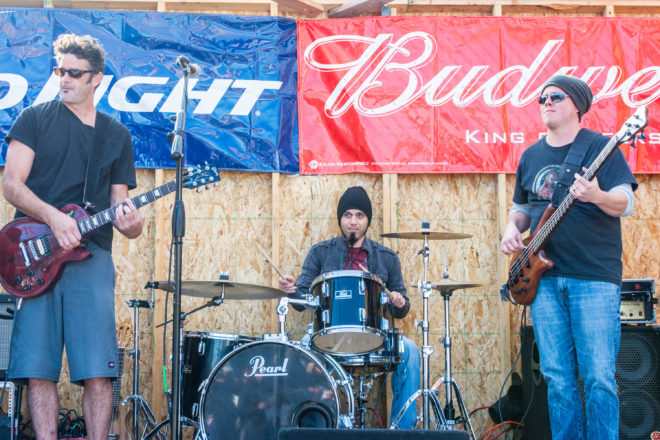 Not only is this weekend’s Fall Fest the “grandaddy of Door County festivals,” it’s also known as the festival that brings to town a ton of great live music to keep you rockin’ steady all day and night. From Friday through Sunday, you’ll have a full line up of live bands. Here’s the official schedule courtesy of the Sister Bay Advancement Association.

Bless ‘em, because Sneezy is coming to Door County from Chicago. They’re bringing a set of uplifting, chill, happy, original tunes to Fall Fest twice throughout the weekend. There’s a good chance they’ll make you smile.

Talk about a mix of sounds! This five-piece band is also ready to party twice this weekend, featuring covers that range from reggae to funk to rock, plus some originals. You’ll hear music from artists like Bob Marley, the Red Hot Chili Peppers, the Rollings Stones and more.

This original reggae group is back after last weekend’s Pumpkin Patch in Egg Harbor. They’re an eclectic group of musicians who want to spread love and unity in whatever community they touch. They’ll be plenty of love to go around this weekend, too.

This six-piece from Green Bay, fronted by three lead, female vocalists, is sure to bring an energetic set full of every crowd favorite under the sun. They’re inspired by anyone from Janis Joplin to Bruno Mars to Aerosmith.

Frank and his band will be in their element on Sunday. After spending multiple summers gigging in between Sister Bay Bowl and The Garage at Husby’s, they’ll free right at home playing their variety of rock and country.