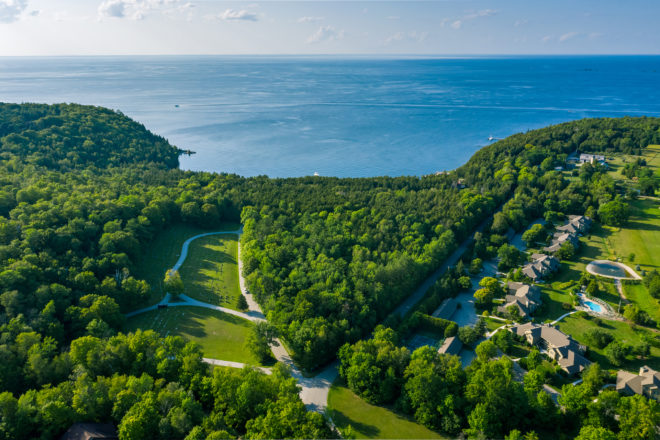 When Sister Bay joined forces with the Door County Land Trust to protect Pebble Beach from development in 2019, the village was hopeful the state would support its efforts with funding from the Knowles-Nelson Stewardship fund.

The state’s Joint Finance Committee has granted the village $392,000 in Knowles-Nelson funds to offset the village’s share of the purchase. That’s about half of what the village had requested, according to Tasha Rass, the village finance director.

The committee initially denied the village’s request without indicating why, a move that seems to have become a habit of the joint finance committee, which consists of 16 members of the state senate and assembly, any of whom can anonymously object to a grant award and stall the process. The Village of Egg Harbor faced the same problem when it applied for funds to support the purchase of 170 feet of shoreline from the Alpine Resort for $875,000 in 2021. In that case, Egg Harbor accepted a $249,000 award, the most the DNR can award without approval from the Joint Finance Committee.

At the request of the Village of Sister Bay, Rep. Joel Kitchens prodded senators who were opposed to the grant to reach a compromise.

“I am glad that by working together with my Senate colleagues, we were able to get this funding component taken care of and move this important project forward,” Kitchens said. “This is a unique piece of land that is perfectly aligned to the preservation goals of the Knowles-Nelson Stewardship Program.”

The village bought the property for $2.4 million, then worked with the Door County Land Trust to raise $500,000 in donations from hundreds of individuals to help secure the purchase. The village put up the rest with hopes of securing grants and additional donations to offset the cost to taxpayers. The Land Trust also helped steer a $1 million grant from the Coastal Management Program’s National Oceanic and Atmospheric Administration to the project. With the grant, the village will owe $608,000 for the beach property, which had an assessed value of $3,370,400 when it was purchased.

The 16.8-acre parcel includes 600 feet of shoreline and has been a favorite of locals and visitors for generations. For nearly a century the public enjoyed views of the beach and sunset from Little Sister Resort, and for nearly 20 years at Fred & Fuzzy’s Waterfront Grill. After the village worked with the Land Trust to acquire the beach portion, the resort and restaurant were sold and closed to the public in 2020.

The village has set minimal development goals for the area, but hopes to add restrooms, benches, improve parking to ease the burden on neighbors, and a boardwalk to the beach accessible to those with disabilities.