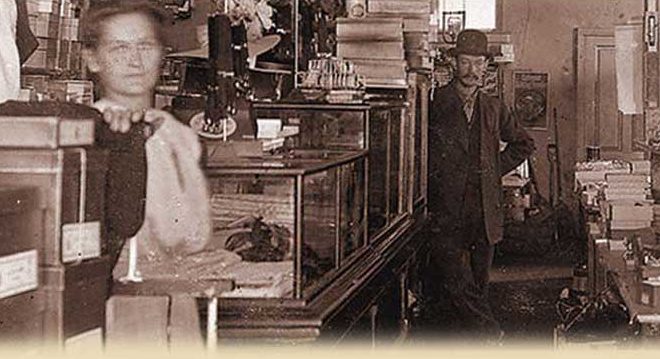 The Sister Bay Historical Society and Wisconsin Humanities Council highlight women’s work during Prohibition and its influence on female involvement in the political sphere with a special presentation May 11.

The talk, “Women’s Work During Prohibition,” will open with an Al Capone-meets-Great Gatsby style soup kitchen and a display of artifacts and photographs of Sister Bay’s movers and shakers from the Prohibition era.

University of Wisconsin – Green Bay associate professor Alison Staudinger will share stories of Wisconsin women in the 1920s, including Sister Bay bootleggers. As a political theorist, Staudinger has explored both sides of Prohibition and how women’s advocacy for/against it influenced their place in society.

“Prohibition is this great example both in terms of how women advocated for it and women who fought against it or fought to overturn it and also women who changed their economic and social status during it,” Staudinger said. “…Women who got involved in politics professionally, a lot of them got their start some through Suffrage but a lot through Prohibition and anti-Prohibition advocacy. It was seen as a space that women were allowed to talk about in public and then a lot of them go on and run for office and get involved or stay involved in their local women’s club or become involved in local politics. All kinds of interesting things happened. It’s maybe not the enormous transformation that you see after World War II or in the 1970s with second-wave feminism but it is a really interesting moment for women.”

In Door County, Prohibition became an especially important time for women working on farms and in their family businesses. As Staudinger explained, those who were anti-Prohibition tended to be more involved with bootlegging, though some helped smuggle. A few historical Sister Bay women and their families will be highlighted during the presentation, and audience members will be encouraged to share family stories from the Prohibition era.

The “Women’s Work During Prohibition” program is part of the Wisconsin Humanities Council’s Working Lives Project, an initiative started in 2015 to broaden the conversation on what it means to make a living in Wisconsin. The motivation for the projection’s creation, as its director Carmelo Dávila explained, was to bring people together in a non-partisan forum to discuss issues, ideas and potential solutions for work-related matters.

“The idea is to use conversation as a tool to get people to come together and have a civil discussion about many different aspects of work whether it’s issues related to situations with unions, changing job markets, what are the concerns of young working people regarding the prospect of finding a job,” Dávila said. “What makes us unique is that we are using topics and things from the humanities to bring light into a topic that’s already been discussed from other angles.”

To achieve this mission, the Wisconsin Humanities Council employs a program called ShopTalk, which invites organizations (like the Sister Bay Historical Society) to browse an online catalog of more than 40 presenters that they can host for free in their communities. Presentations fall under three themes: “Working People: Life Paths,” “Work in Context: The Big Picture,” and “Pulitzer Winners: Working the Story.”

While Dávila admits the topics can sometimes be controversial, the purpose of the Working Lives Project is to provide an open and inviting environment for Wisconsinites to share ideas and influence change.

“This program can number one, help empower communities to make informed decisions about the message they want to convey to policymakers about their experiences as working people but also there is the aspect of helping people make sense of their daily lives by using what they learn in this conversation to create a new way to envision daily life,” Dávila said.

The presentation “Women’s Work During Prohibition” will be held at 6pm on Thursday, May 11 at the Sister Bay Village Hall, 10693 N. Bay Shore Dr. The exhibit of artifacts and photos opens at 4:30pm and a dinner of soups, breads, salads and desserts will be served at 5:15pm. Seating is limited. For more information, call 920.854.7680. For more on the Working Lives Project, visit WisconsinHumanities.org.