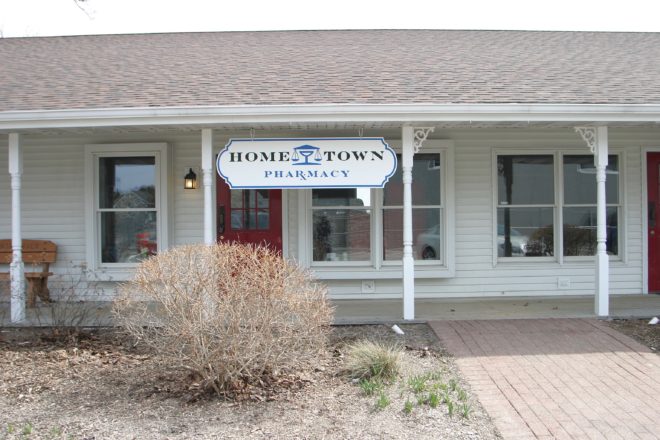 As one door closes, another opens.

There was a great hue and cry when Shopko announced it was closing its pharmacy in Sister Bay, followed by the announcement that all Shopkos would disappear from the face of the Earth. People in Northern Door were reeling from the idea of traveling to Sturgeon Bay to fill prescriptions.

Pharmacist Maria Angelici had taken over leading the team at the Shopko Pharmacy for less than a year when the bad news came, and she found she liked living in Door County. So she reached out to Hometown Pharmacy, which already had a presence in the county as Bay Hometown Pharmacy.

“The people that have used the Sturgeon Bay location have loved it,” she said.

Realizing the need was great for a pharmacy in Sister Bay, Angelici found an open spot at Country Walk Shops for a new Hometown Pharmacy that she hopes will be ready to open on May 1 or shortly after.

“There’s a lot that needs to be done, but we’ll get there,” Angelici said.

“That’s where we’re starting,” she said. “Part-timers can end up full time the way it goes around here.”

Angelici said she met with Jay Kita, manager of the Piggly Wiggly next door, to coordinate what she should carry in the pharmacy.

“He’s handling a lot of shampoos and conditioners and razors and deodorants, and I’m trying to stick to medical things, with a few exceptions,” she said. “We have some high-end vitamins that are super good. Ortho Molecular makes nutri-pharmaceuticals. They are proven to work and to be absorbed. Vitamin D is a very important one. It has proven to bring up vitamin D levels, and most people are low in vitamin D. A lot of our employees take that. Blood work shows vitamin D levels where they should be after taking these.”

Even though the pharmacy is not yet open for business, Angelici invites passersby to stop in to say hello.