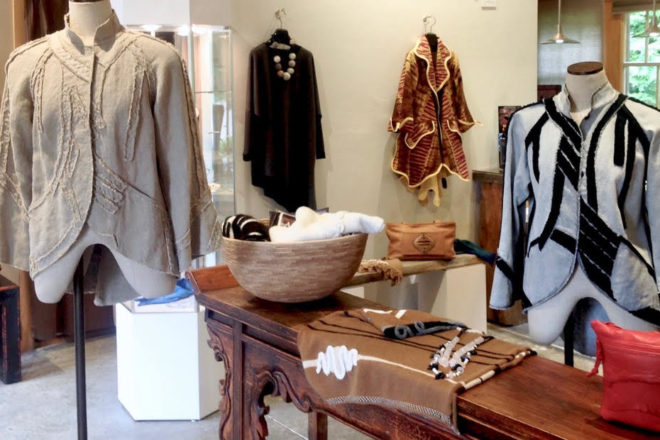 The lives of artists rarely follow a straight path. Skye and Peter Ciesla’s lives, owners of Bazyli Studio, are no different. Since 2002, the Bazyli Studio has sold one-of-a-kind jewelry and clothing locally, but it was a long path that ultimately led them to Door County. Several times while we sat together, the couple went off on tangents about their history before stopping themselves and explaining, “That’s a whole ‘nother story.”

The main story to tell is very interesting. Peter grew up in Wrocław, Poland as part of the Polish ethnic minority, Lemkos. He began designing and modifying clothes at the age of 11, but never received a formal art education. At 26, he moved to West Berlin for political asylum, with the ultimate goal of reaching the United States. The chances of getting through the legal process and crossing the Atlantic to the States were slim, and other refugees could only say a halfhearted, “Good luck,” when they heard of his intended destination. 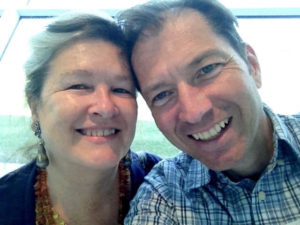 Though he only had what money the government afforded him, one of the first things Peter bought for himself in Germany was a small, portable sewing machine. While in Germany awaiting access to the States, Peter was in a state of limbo: unable to predict his timetable and therefore hesitant to put down any roots. In his words, “It was a lot of waiting.”

Nonetheless, Peter made the most of his time, working as a sous chef at a restaurant, a fact he still seems to delight in. “I didn’t have any background, I just liked cooking,” Peter said. The restaurant was in an art gallery and the food was designed to complement the artwork. Even as a chef in Germany, Peter found himself entrenched in the art world. It took three years to gain access to the States.

Peter landed in the Chicago area in 1991 to join his older sister. He was unsure of what to do (he actually had a nursing degree in Poland, but knew he’d need new credentials to work in the States), so Peter’s sister suggested he work with a nearby couture clothing studio. He brought in a few of his handmade pieces and was promptly offered a job. It was during this time that Peter said he polished his design skills.

“I was self-taught, so I didn’t know certain details that are important about how to go about completing and designing a garment,” he said. 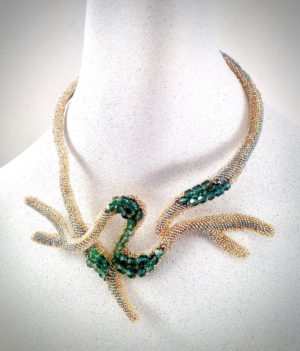 After working for this company for a period, Peter knew he had to save a certain amount of money to start his own design studio. Given his nursing background, he took a job as a live-in aide to an elderly man. Two very important things happened during the several months Peter worked as a nurse: he saved enough money to start his own business and he met his future wife and eventual collaborator, Skye.

Skye, who grew up in the area, was working on a residency at Deerfield High School in her preferred medium of stone sculpting. She had a piece that required a garment and a friend recommended she ask Peter to contribute to the work. They met and eventually married, living in the Chicago area for the next 10 years.

Peter’s business struggled at first, but then a neighbor introduced him to a wealthy entertainer who was looking for a personal clothing designer. This woman would become a mentor to Peter, showing him how to build a client base and how to better run his business. Working with the wealthy community of Lake Forest, Peter was able to design high-end clothes using expensive textiles. For the next 10 years, Peter built a successful custom clothing company called Creative Apparel Design.

“My heart wasn’t really into the custom thing,” Peter said. Skye, meanwhile, never wanted to live in the city and had sculpted periodically for a gallery in Egg Harbor starting in 1990. As Skye put it, “Door County has a way of getting into you.” 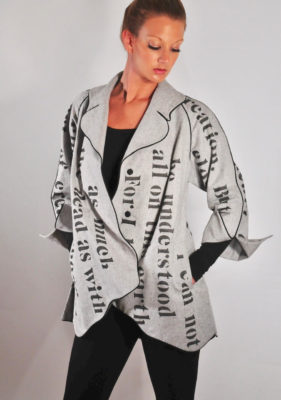 The difficulty was trying to figure out how to transplant a business that relied on a specific customer base. The answer came when one of Peter’s clients complained of a visible scar above her chest. She asked that, along with her dress, Peter create a jewelry piece to cover the scar. The piece took off and suddenly Peter had a wholesale business, one in which he could collaborate with Skye. Peter created the form out of fabric and Skye used her sculpting skills to embroider the jewelry.

Finally, Peter and Skye made the jump to relocate to Door County and opened Bazyli Studio in 2002. For the last 15 years, Peter and Skye have made between 1,500-2,000 jewelry pieces, altering their business over the years to fit the changing economy and people’s evolving fashion taste. The studio has grown substantially over the years and now features their own work and other select artists’ work.

Peter is now experimenting with dyeing his garments, and Skye will soon be mounting a large-scale installation inspired by Bob Dylan’s life and lyrics. But, again, that’s another story entirely. If you have the time, visit Bazyli Studio before they close next week, and admire the artwork that culminated from two artists’ twisting and turning lives.