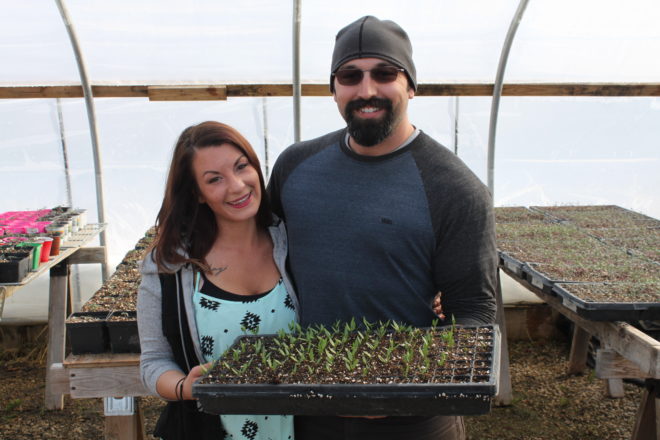 For weeks on the commute into Sturgeon Bay along County S, Jake VandenPlas would see a “For Sale” sign at the corner of Vignes Road in front of two greenhouses. A hobbyist with a few small gardens to his name, VandenPlas wondered about the possibilities that would come with these two large greenhouses.

“I wanted a little piece of property to grow our own garden,” VandenPlas said. “So I called the realtor and they said, ‘No it’s an entire farm’.”

It was just a few short months between visiting the farm on Black Friday to closing on the 40 acres, complete with two greenhouses, farm house, two processing buildings and a pole barn.

“He basically came home one day and said, ‘Friday we’re going to look at this farm’,” VandenPlas’s wife, Emily, said. “The next thing I know we’re buying a farm.”

Access to farmland, for small aspiring farmers and larger commercial operations, is becoming the most limiting factor for those trying to start or grow their production. This problem falls disproportionately on younger farmers, who generally don’t have the money to put down for land, don’t have the credit for large loans, or get out-bid by larger farm operators looking for land. 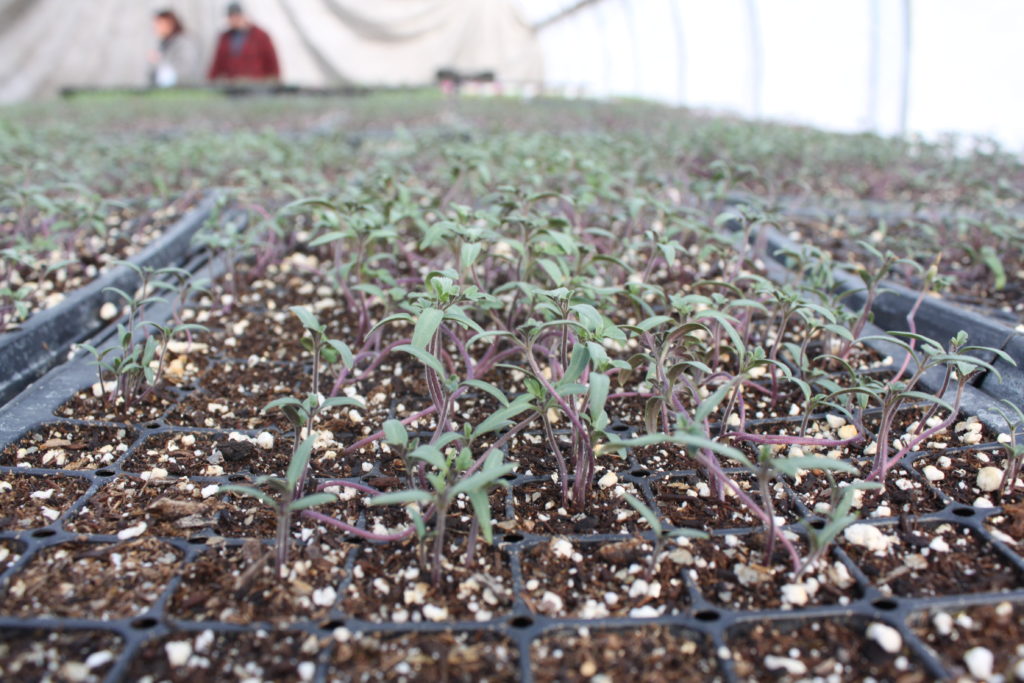 VandenPlas still works full time as an electrician for Bay Shipbuilding while the farm gets its footing and he couldn’t be happier with the loan he got through Veterans United for the property, but the VandenPlas’ opportunity also wouldn’t be possible without the previous owner, Meg Farley, who wanted to see her farm go to locals who would keep the soil growing.

According to the Wisconsin Center for Dairy Profitability, the market value of agricultural land in the nine-county east-central district of Wisconsin, including Door and Kewaunee counties, has increased 64 percent between 2007 and 2017. Between working with Farley on the sale of the farm and the infrastructure left over from Steep Creek, VandenPlas said they were handed a “golden opportunity.”

“Property on the other side of the bay – Peshtigo, Marinette, Menominee – you could pick this up for half the price,” VandenPlas said. “But they didn’t have the market there for what we wanted to do.”

VandenPlas approaches the new venture with a mindset that suggests more than just three semesters of business management courses at University of Wisconsin-Green Bay. He talks about market demand and diversification like a trader of tech stocks.

The couple is beginning the season with seven CSAs (Community Supported Agriculture), where you can buy a weekly box of produce through the growing season. They will operate a farm stand just off the heavily traveled County S, featuring their produce, plants and goods from others in the neighborhood. Thousands of seedlings have already begun sprouting in the greenhouses, and VandenPlas hopes to sell those for others to plant their own gardens.

“We’re definitely diversified because you can’t have all of your eggs in one basket,” he said.

But the decision was also made with their family and community in mind.

A local farmer, who had been searching for more land, will grow hay on 20 acres of the property and help prepare the soil for VandenPlas in return. Another neighbor will maintain the eight beehives on the property in the first year, teaching VandenPlas the process and keeping the honey as payment.

“To be tied in with the community is a big help,” VandenPlas said. “But another reason we decided to do this is we get to spend more time together as a family. We’re doing this together.”

Nathan, their 9-year-old son, even has some produce sprouting in the greenhouse with the plan of donating it to the homeless for the Boy Scouts.

Door County Farm will be open in June and they are still accepting CSAs. Find their produce at farmers markets throughout the region this year.