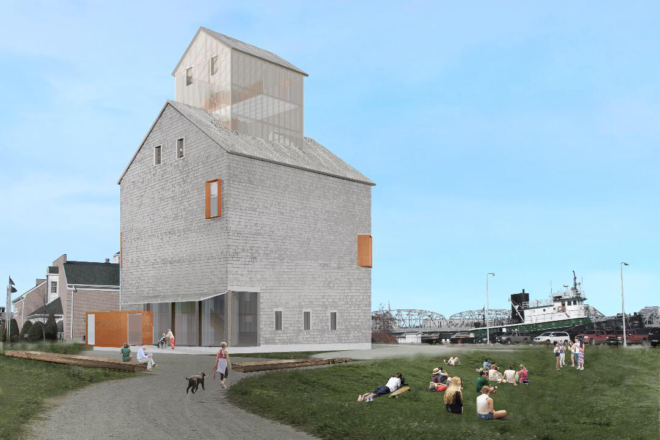 The Sturgeon Bay Historical Society (SBHS) has hired Smet Construction as the general contractor for the restoration of the Teweles and Brandeis grain elevator.

SBHS’s agreement with the City of Sturgeon Bay requires that it create a public gathering space on the structure’s first floor, but the group has chosen to design an option that could offer four-season use and public access to all four stories of the structure.

“We pride ourselves on projects that are not ‘cookie-cutter’; we like the challenges they provide,” said Mark Schumacher, Smet’s business-development officer. “The fact that this building played such an important part [in] Sturgeon Bay’s history is a key factor in our decision, too. Many communities look back with regret at the iconic structures they’ve razed. We’re glad to be part of saving one for future use.”

The historical society previously announced that it is working with Silman engineers and La Dallman architects on the project.

SBHS envisions a restored granary with a railway car-inspired addition off the side, where Ahnapee & Western railroad cars once pulled up. It may include a catering kitchen and public restrooms.

The project will be completely funded through private donations, including a $1.25 million lead gift from an anonymous donor. SBHS is working to raise the additional funds that will be needed and anticipates completing the project by the summer of 2021.