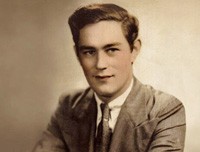 • Our ability to remember is linked to an area at the base of the brain called the hippocampus, named for its resemblance to a seahorse. There are actually two hippocampi, one for each side of the brain, and they allow us to form and retrieve memories. Henry Gustav Molaison suffered from chronic, massive seizures, and in 1953 neurosurgeons removed his hippocampi to correct his seizure problem. The operation was a success in that regard, but Henry paid a terrible price. Although he could recall events before the surgery, afterwards he was unable to form new memories. It was as if everything he did was for the first time. He was quite intelligent and could carry on a conversation, but a few moments later he forgot the entire interaction. Thanks to Henry and much recent research on the hippocampus, we now appreciate its importance in forming, filing, and retrieving memories. (pbs.org/newshour/rundown, Feb. 13, 2013; Carter, R., “Mapping the Mind,” 1998, U. California Press, Berkeley; other sources)

• After years of navigating the city of London, veteran cab drivers acquire a detailed knowledge of the city’s maze of streets. MRI scans of the brains of these drivers reveal that their hippocampi are larger than those of the general population. This volume increase is linked to the drivers’ mastery of the streets. London bus drivers, who drive along well-established routes, do not show the kind of hippocampal enlargement seen in cab drivers. (Maguire et al, 2006, “London taxi drivers and bus drivers: a structural MRI end neuropsychological analysis,” in Hippocampus, vol. 16, pp. 1091-101)

• Before sulfa drugs, penicillin, and antibiotics came along, open-wound injuries were often treated with fly maggots. Today, with widespread resistance to antibiotics, “medical maggots” are again available, since the FDA approved them as “medical devices.” Using scissors and scalpel to clear a wound of dead tissue is a lengthy process, and painful for the patient, but it is necessary for the wound to heal. Unfortunately, this method makes it difficult to completely rid the wound of every bit of dead tissue. An even more effective method involves placing maggots in the wound to do the cleaning.

Now physicians can obtain maggots raised from sterilized fly eggs. Providers place a quantity of maggots in a tea-bag-like sac and ship them to the physician, ready to apply to wounds. The maggots eat only dead tissue and also secrete substances that can enhance the patient’s immune response. When finished, the maggots leave a nice clean wound that heals quickly after being sterilized and closed. (Scientific American, April, 2013)

• Are England’s otters in trouble? Scientists examined 755 male otters found dead along rural rivers in Great Britain. They discovered that the size of the males’ penis bones (found in many mammals) was steadily decreasing, along with an increase in undescended testicles and cysts associated with sperm-carrying ducts. The researchers fear that these problems are the result of endocrine-disrupting chemicals leaching into the environment from cosmetics, plastics, pesticides or industrial waste. (The Week, March 15, 2013)