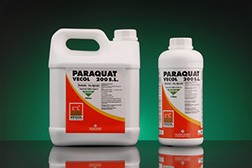 The cause of Parkinson’s Disease is unclear, although it is known that both genetic and environmental factors play a role. Fifteen to 20 percent of people with Parkinson’s have a close relative with the disease, and if one parent is affected the offspring has a slightly higher risk of developing the disorder. Environmental factors also play a role. A 300-mile-long stretch of farmland in California between Bakersfield and Sacramento has been named “Parkinson’s Alley” by neurologists. The disease rate is about five times higher than among people living in the surrounding area. The 46-year-old police chief in Parkinson’s Alley retired after winning his last election. At the swearing-in ceremony, his hand shook so badly when he tried to place his hand on the Bible that onlookers thought he was waving hello. What causes this spike in the disease? The evidence points to exposure to herbicides and pesticides used in farming the rich valley soil, which produces about 7 percent of the nation’s crops. Paraquat, a weed killer, and Rotenone, an insecticide, are implicated, along with the fungicides Maneb and Ziram. Paraquat was banned in Europe in 2007 but the U.S. still permits its use. This does not mean a person occasionally using such chemicals will develop Parkinson’s. Usually long-term exposure is required, and even then the disease might not appear. However, if you are genetically susceptible, then your chances increase. Different individuals differ in their resistance or susceptibility to disease states. (Sources: Science Daily, April 21, 2009; National Institutes of Health, immediate release Feb. 11, 2011; Sierra, Jan./Feb. 2012)