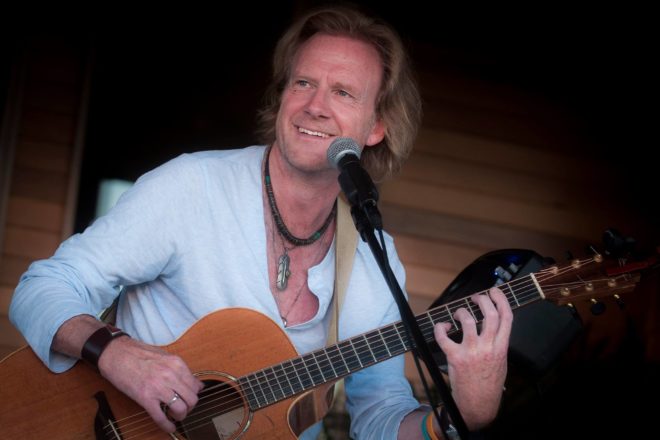 Wates was born in London and studied at Oxford University. He has been a full-time songwriter since the late 1990s, starting out writing material for all kinds of artists, all styles and genres at Eaton Music. In 2001 he moved to Paris, forming his own quartet and began performing live regularly. In 2006 he came to the U.S. and is now based out of New York.

Since coming to the U.S. he has won more than 40 songwriting and performance awards. His music is an eclectic mix of acoustic, melodic art/folk, with flavors of jazz, vaudeville and cabaret. He has released nine solo CDs. Playing easily more than 125 shows a year across the U.S., Wates is a masterful songwriter and an electrifying performer.

Seating is limited; call 920.495.2928 for reservations or just show up. Tickets are $20 cash at the door. Goodies provided. Lost Moth is located at 7975 Hwy 42 in Egg Harbor. For more information visit lostmothgallery.com.