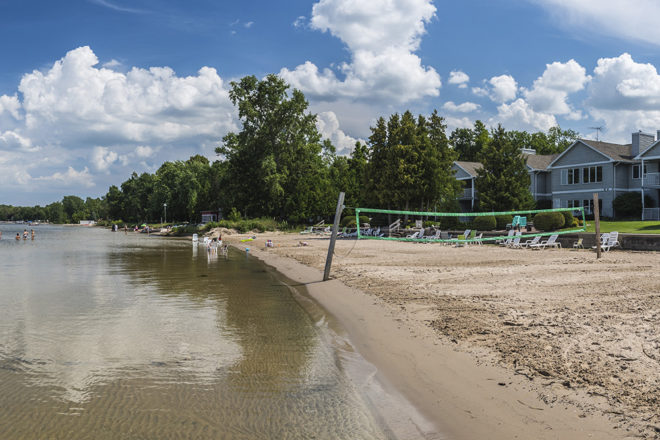 When Ingrid and Bill Stroschein purchased Sand Bay Beach Resort in 1962, it consisted of a handful of small housekeeping cottages and the family home that also included a small grocery store and an ice cream stand. The location is 7.5 miles southwest of Sturgeon Bay, about halfway between Little Sturgeon and IdleWild Golf Course.

In 1996, the couple turned ownership over to their son, Dale. Two years later, Door County was preparing to change zoning laws regarding how many buildings were allowed per acre. Dale had to decide whether to keep the cottages, with no possibility of replacing them in the future, or to take them down and build something new. With only a short time to make a decision, Dale chose the second option.

Demolition was completed in the fall of 1998, and the new building with 22 condo units opened the following May. They range from studio-style units with kitchenettes to two-bedroom, two-bath suites with full kitchens. All have king-size beds and Jacuzzi tubs, and the larger suites have fireplaces. Eighteen of the units have direct views of the beach, while four have partial views. Most have a nice-sized balcony or patio. A few of the units have been sold, but the Stroschein family continues to manage the entire property. Dale’s wife, Karyn, has been part of the resort operation since 2003.

The resort is best known for its beautiful sand beach — a great place for families with children, because the water is shallow and warm. Fishing and boating are available. There’s also an indoor pool and hot tub, a game room and a library, and outside there are gas grills and three brick bonfire pits.

Years ago, the cottages were open from May to October. Now the Sand Bay Beach Resort is open year round. The reason, Karyn said, is the huge draw of Dale’s Wacky Walleye Guide Service. “It keeps us just as busy in the fall, winter and spring as we are in the summer.” A licensed captain for 32 years, Dale is in the National Freshwater Fishing Hall of Fame. 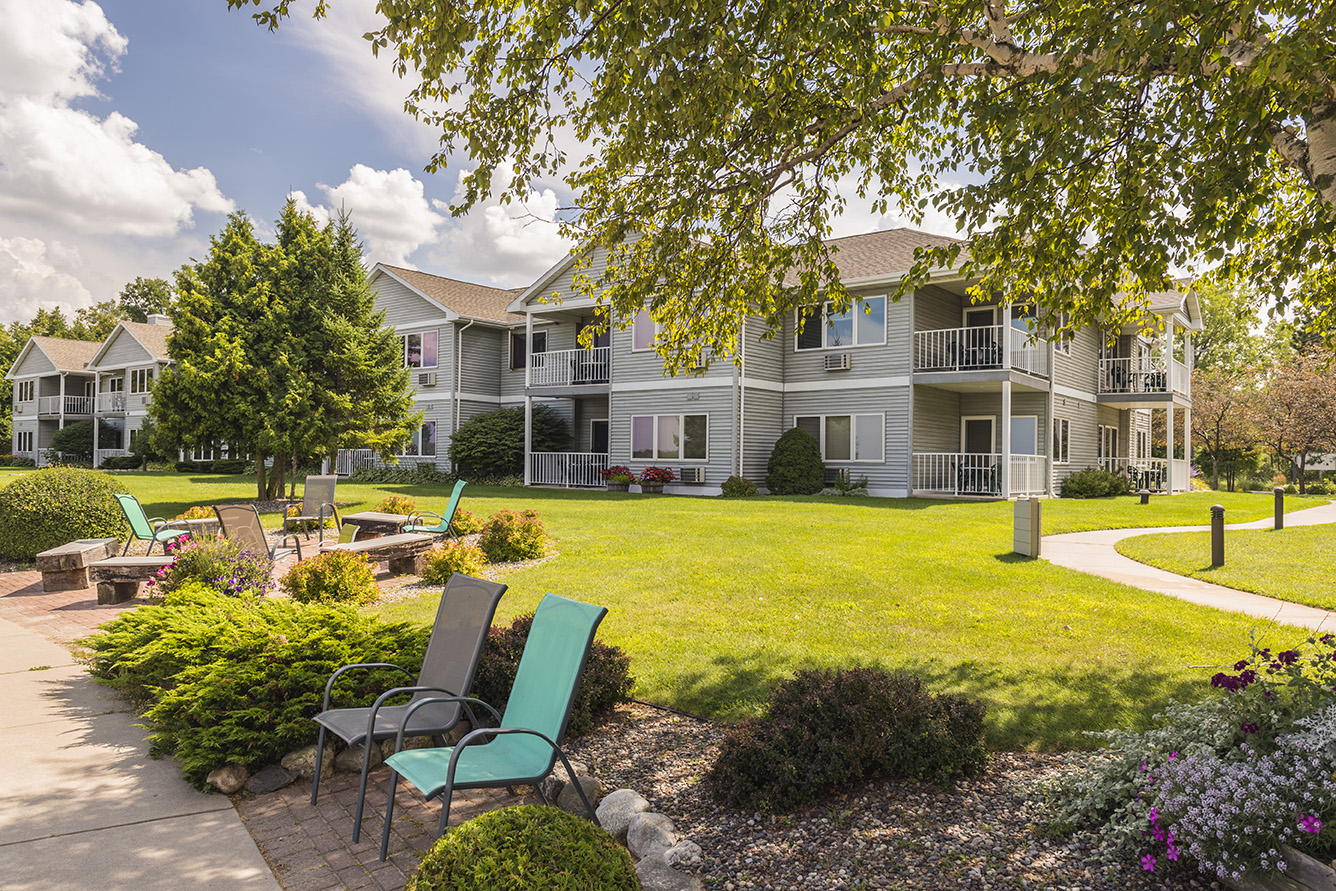 “Dale has been promoting fishing in our area and Door County in general his entire career,” Karyn said. “When the bay freezes over, traffic here is as busy as it is in Fish Creek in July. We have the main ice access in the area, and it’s not unusual to see 100 cars parked outside.”

Many of the families who come in the summer and many of the ice fishermen in other seasons have been around since before the 1960s — some are now bringing their great-grandchildren.

“We know them all by their first names,” Karyn said. “And lots of them have become like family.”

Dale’s dad, Bill, died in 2012. His mom, Ingrid, who is 76, has scaled back her involvement a bit, but is still particular about how things are run and makes sure the resort continues to maintain a casual, welcoming atmosphere.

Ingrid is a certified lifeguard and coached the swim team at the Sturgeon Bay YMCA for 30 years. (“I think she taught half the town to swim,” Karyn said.) Ingrid continues to give private swim lessons and teach water aerobics in the resort pool. Family and staff call her “The Mayor.”

As a comment from the resort’s home page asked:  “With the pool, hot tub, sauna and one of the best beaches on Green Bay, what more could you ask for?”