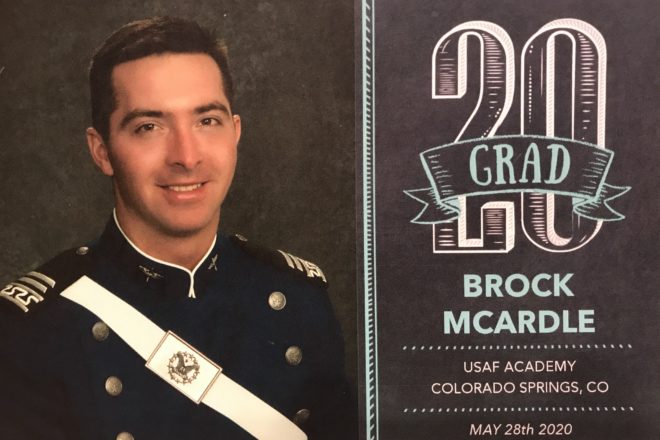 Brock McArdle, a 2012 Southern Door alumnus, graduated with honors from the United States Air Force Academy in Colorado Springs, Colorado, on April 18. Second Lieutenant McArdle will report soon to a base in Mississippi, where he will begin flight school to become a fighter pilot.

Officer McArdle served three years of active duty prior to being accepted into Air Force Prep School in 2015 and then the Air Force Academy in 2016. He is the son of Jerry and Terri McArdle, also a Southern Door graduate.