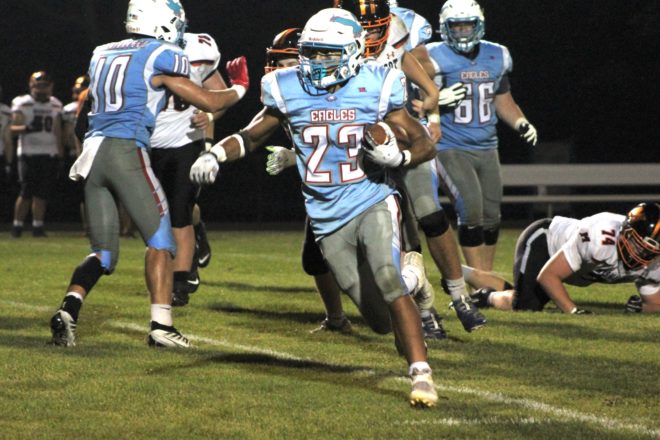 Daoust, who completed 8 of 11 passes for 126 yards, tallied nearly half of his passing yardage on the Eagles’ opening play from scrimmage with a touchdown pass from beyond midfield to Jared Hawkey. Jack Peterson and Taylor Schaefer also hauled in touchdown receptions.

Zack Lynch, who accounted for Southern Door’s other touchdown on the ground, led the team in rushing with 12 carries for 95 yards.

The Eagles, who improved to 3-0 overall and 1-0 in conference play, host their next Packerland game Sept. 9 against Bonduel.

The Clippers (1-2, 0-1) will seek to get back on the winning track Sept. 9 when they host Marinette.