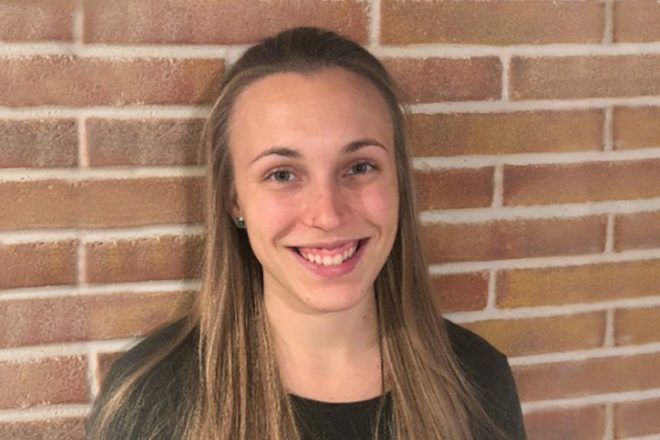 Southern Door High School graduate Michaela Thiry has been identified as a change agent for her current school, the Milwaukee School of Engineering (MSOE).

Last week it was announced that she and three other MSOE students were chosen to join 254 students from 69 schools around the world to take part in University Innovation Fellows (UIF), an international program run by Stanford University’s Hasso Plattner Institute of Design that empowers students to become agents of change at their universities.

A goal of UIF is to inspire university students with innovation and entrepreneurial thinking. Once accepted into the program, students complete six weeks of online training before heading to Stanford and Google headquarters in the Silicon Valley for an immersive experience with leaders in education and industry.

“We believe students can help accelerate the pace of change in higher education,” said Humera Fasihuddin, co-director of the University Innovation Fellows program, in a press release announcing the latest round of Fellows. “They have creative ideas, and are very resourceful. With proper training and mentorship, they are initiating positive lasting changes at their schools and making a difference in the lives of their peers.”

“This was something I did not know about until our vice president, Dr. [Eric] Baumgartner brought it up,” said Thiry, who is a junior studying architectural engineering. “He had done it at one of his previous universities so he really wanted us to do that at Milwaukee School of Engineering. When I found out about it, I did some research and it sounded like just such an amazing opportunity to do things on campus that I wouldn’t be able to do without the program. For me personally it will be a way to network with a lot of people on campus. It will also be a way to reach out to the community, especially in the Milwaukee area and get involved in different programs. It will also be a way for me to learn a lot more about leadership, innovation and entrepreneurship.” 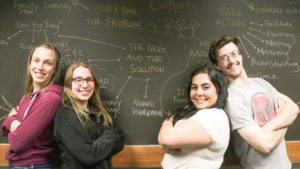 In addition to serving as a Fellow, Thiry is part of MSOE’s Virtual Design and Construction team, which won the second place award at the Associated Schools of Construction national competition in Reno, Nevada. She also serves as a student ambassador with the MSOE Strategic Planning Committee, is a member of the American Society of Civil Engineers, and competed as a member of the university’s ASCE Concrete Canoe team, all of which she suspects may have helped her to become a Fellow.

“I put my heart and soul into everything I’m doing,” she said. “I’ve been working very hard at academics, and I’m involved in other things on campus, a couple of boards. I work with Student Life. I think all those things helped me to stand out a little bit.”

But she also suspects that growing up in quiet Door County has been a benefit.

“I think part of it is I have a different view on things coming from the small town of Brussels and then moving to a big city like Milwaukee,” she said. “Maybe the word is being down to earth. That kind of thing has helped me to connect with people and have the personal relationships to build into all these great opportunities I’m having.”

She added that her family is very proud of all she is doing.

Ultimately, after finishing her undergraduate studies next year and following that with a year more at MSOE to earn her Master’s degree, Thiry would like to find a job in the western United States.

“What I really want to do is head out west somewhere to work once I graduate. I’m hoping to do something residential, but there’s interesting commercial projects, too,” she said. “I’m really looking forward to this all being the beginning of a nice, long and fun journey for me. It’s just the start of a big adventure and all very exciting.”