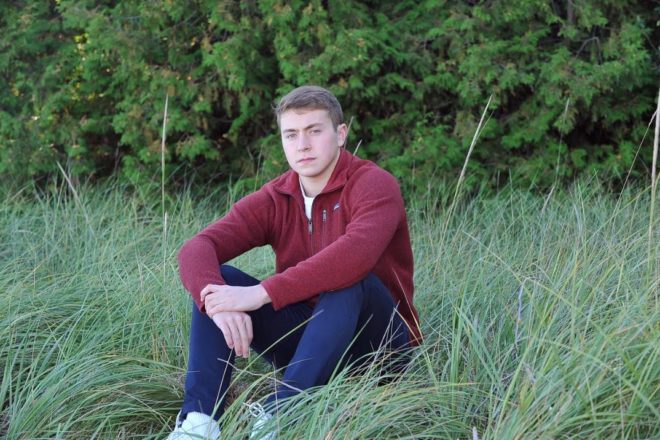 Southern Door High School has announced the Class of 2020 valedictorian and salutatorian.

Brock Aune, son of Amy and Kraig Aune, is the valedictorian. During his Southern Door years, Aune participated in swimming for three years, was the team’s captain during his senior year and earned several All-State honors and state podium finishes. He also participated in golf for two years. He has been on the high honor roll every semester and was vice president of the National Honor Society and a leader of SHIELD. Aune was also a part of the Door County YMCA swim team for 10 years and a national team member for the last four years. He will attend the University of Minnesota to major in biochemistry and compete on the swim team. He plans to pursue a career in pharmacology.

Anna Meier, daughter of Heidi and David Meier, is the salutatorian. She has been on the Southern Door high honor roll every semester. Throughout high school, she has participated in forensics, Math Team, Model UN, cross-country and Solo and Ensemble. She is a member of Big Brothers Big Sisters and the National Honor Society. She will attend Northwestern University with plans to major in economics and Russian.

Southern Door has also announced its Badger State delegates for 2020. The nominees represent the school during a weeklong program that teaches the principles of democracy in a representative government.Marily Ramirez has been selected to attend Badger Girls State June 21-26 at the University of Wisconsin-Oshkosh, and Hailey Shimon is the school’s alternate. Daniel Meier has been selected to attend Badger Boys State June 13-20 at Ripon College.