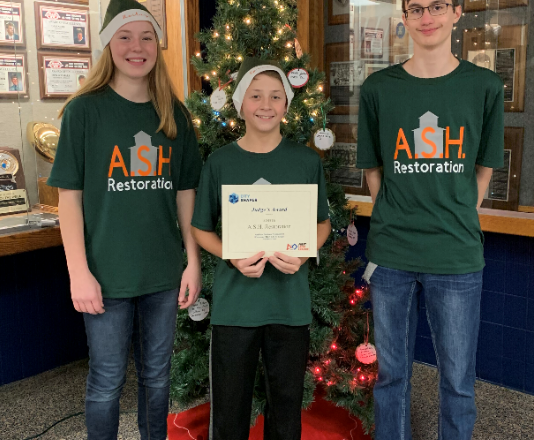 This was their last competition because they can compete only through eighth grade. During the past four years, the group learned teamwork, programming, research, gracious professionalism and the lesson that hard work pays off. Tracy Slezewski mentored the team.