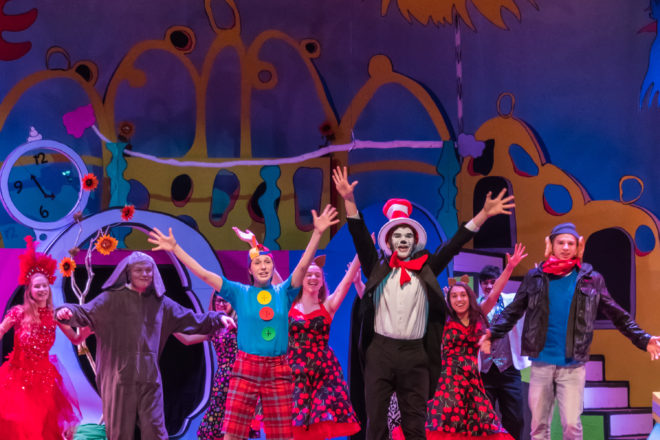 Jojo (Haley Paplham) and the Cat in the Hat (Connor Werkheiser) take center stage in Southern Door’s ‘Seussical,’ on stage this weekend at Southern Door Auditorium. Photo by Len Villano.

The fantastical worlds created by Theodor “Dr. Seuss” Geisel have captured the imaginations of children across the world since the release of his first children’s book And to Think That I Saw It on Mulberry Street in 1937. Over the next 53 years, he wrote more than 60 books, largely under his well-known pseudonym Dr. Seuss, and became one of the most beloved children’s authors of all time.

His books have inspired Hollywood films, TV specials, video games and in 2000, the Broadway musical, Seussical, a mashup of many of his most famous books. This weekend, Southern Door students will bring it to the stage of Southern Door Community Auditorium. 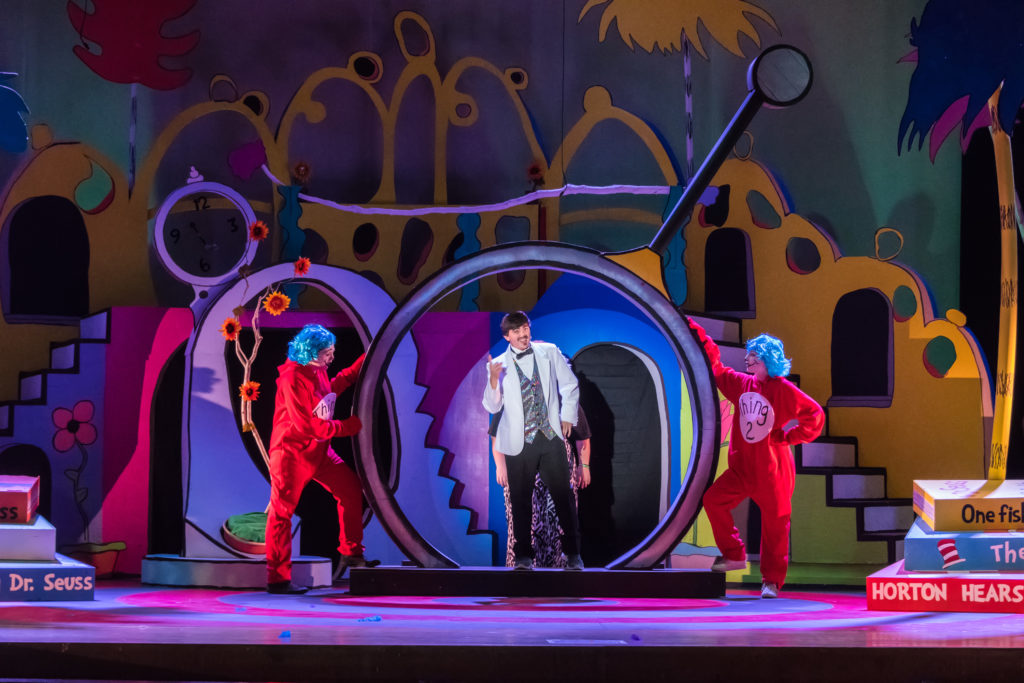 Matthew Martinez-Garcia as Mr. Mayor and Olivia VanDenHeuvel as Thing 1 and Hanna Pierre as Thing 2. Photo by Len Villano.

Written by Lynn Ahrens and Stephen Flaherty, Seussical focuses largely on the stories of two Seuss books, Horton Hears a Who! and Horton Hatches the Egg, intertwined with favorite characters and locales of other Seuss stories.

Narrated by The Cat in the Hat, the two-act musical follows several storylines simultaneously in the Jungle of Nool, the Circus McGurkus and Whoville, made possible by a two-tier set designed by high school art/media technology teacher George Ouimette and constructed by staff and volunteers.

“The set for this is one of the most impressive that I’ve seen,” Foster-Pakalske said. “George Ouimette is the set director and he is a creative genius.” 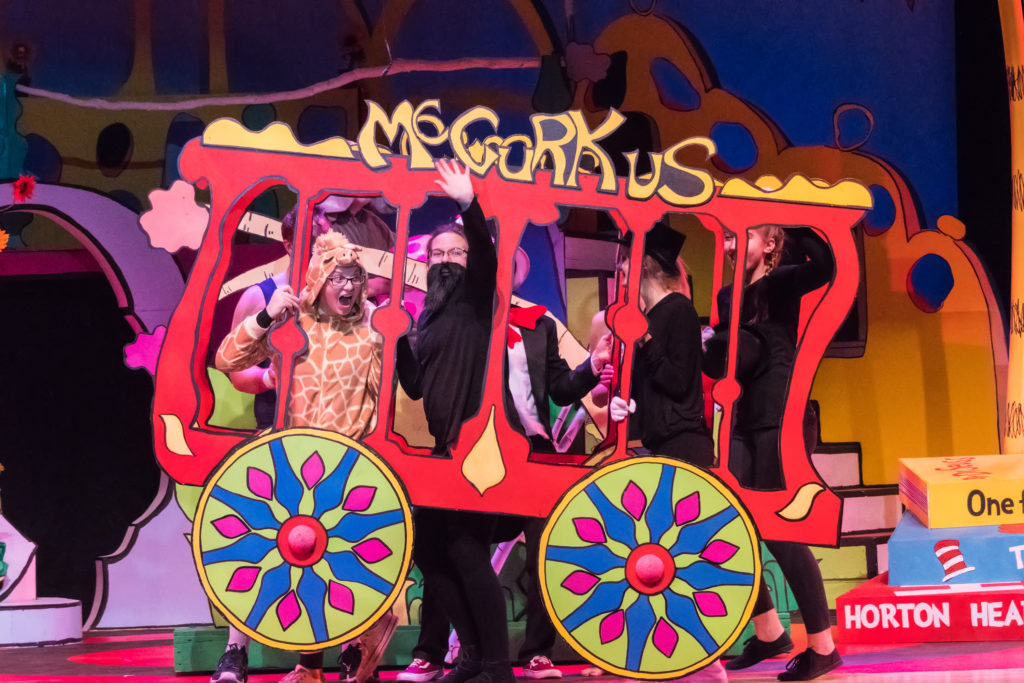 More than 80 middle and high school students are part of the ensemble production, including in the pit orchestra, which plays non-stop through both acts.

“There’s some instrumental music by itself but it mostly underscores dialogue in this musical,” choral director Bonnie Weydt said. “Most musicals are about 200 pages of music. This one is 400. It’s double. Part of that’s because the dialogue sits on top of the music that’s going on. It’s just really cool how it’s written.

“The coolest thing is that it’s based on Dr. Seuss stories,” she added. “It’s strong material, the stories are well known and well loved and the characters are fun. It’s a very family-friendly show but it’s for all ages, not just little kids. It’s for adults and people in their 90s or 60s or 20s as well. There’s a lot of music and it’s really a beautiful show. I think anyone who would come would like it.”

Seussical takes the stage Thursday, Friday and Saturday, Nov. 10 – 12 at 7pm, and Sunday, Nov. 13 at 2pm at the Southern Door Auditorium, 2073 County DK in Brussels. Tickets are $7 for youth, $10 for adults and can be purchased online at SDAuditorium.org or in the high school office.