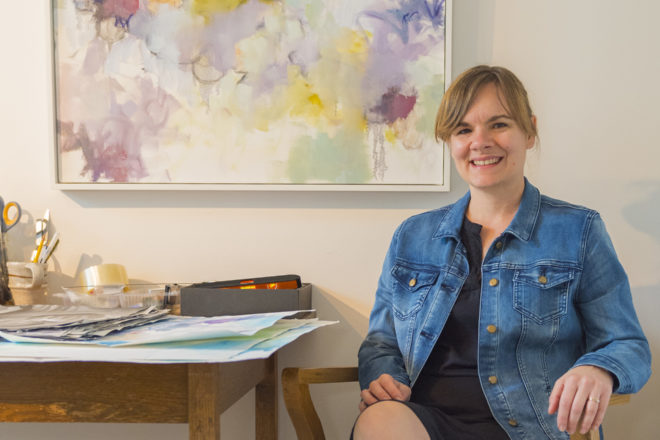 If you ask artist Shan Bryan-Hanson, there is no better place for spontaneity to come alive than on a blank canvas. In her world, it is the blank canvas that gives voice to the “visual language” that is abstract art.

It’s a language the Sturgeon Bay artist is fluent in, and when given the time and space to create in her three-seasons home studio, the translation becomes tranquil abstract oil paintings.

It is a style she has dedicated her life to since her undergraduate studies at Indiana’s Anderson University, where she first began working in oils. Her love for the feel and slow-drying nature of the medium carried on through grad school at the University of Montana and her work in Door County, where she has lived with her family since 2002.

It was the natural world that drew her to the county, and it isn’t difficult to see how elements of it influence her creations. From fragments of tree bark and decaying leaves to smooth beach stones and early spring buds, Bryan-Hanson incorporates the palette, texture and shape of them all into her pieces. 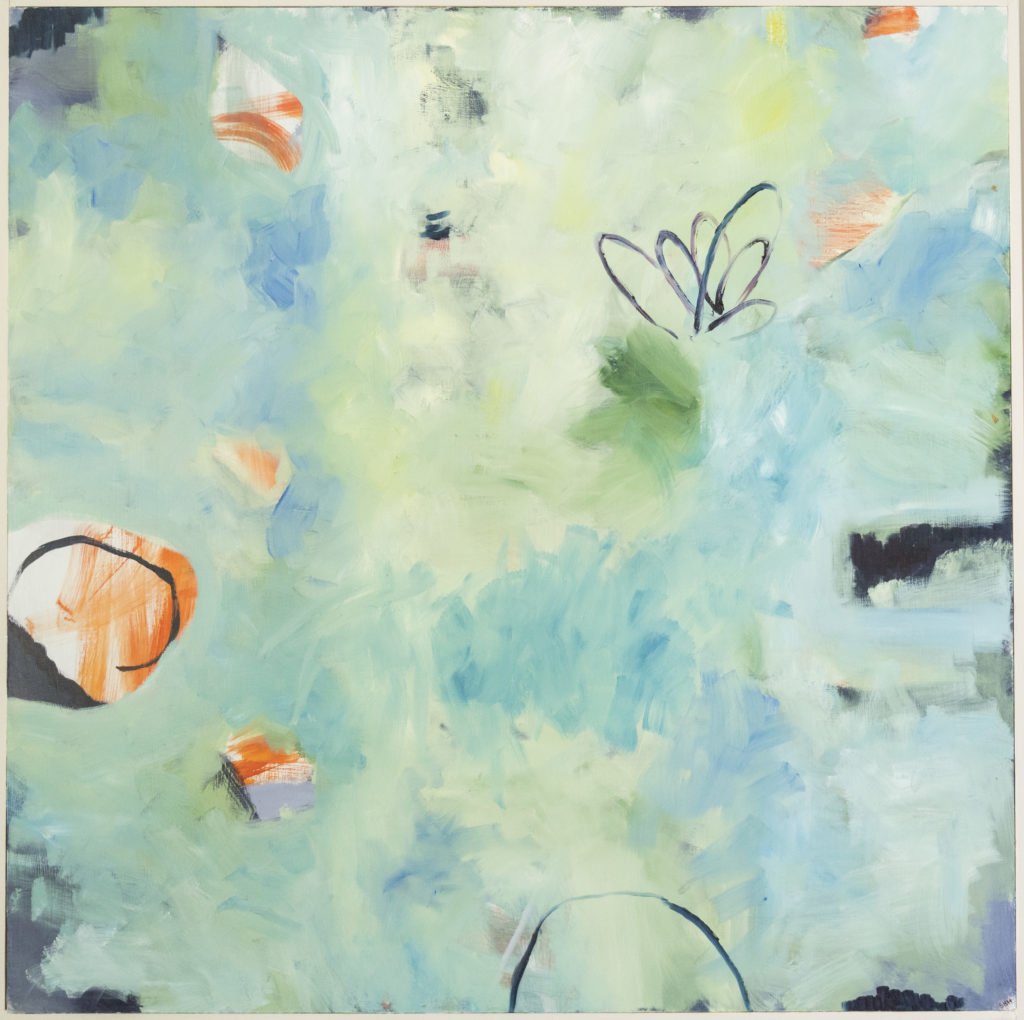 “I’m definitely influenced by the natural world. Often it’s like moments of change, seasons of change but also just moments — the wind stirs something up and I’ll see leaves move a certain way, or I’ll see a color palette on a hike that I think is really beautiful,” Bryan-Hanson explained. “…I love the notion of trying to capture, rather than the exact look of a scene, the feeling of being there.”

That ability to capture mood and emotion in her abstracts is what caught the eye of Egg Harbor oil painter Ginnie Cappaert, who represents Bryan-Hanson at Cappaert Contemporary Gallery in Egg Harbor.

“I think it’s important for people to realize that they don’t necessarily have to see anything in a painting as long as they feel,” Cappaert said. “I think she captures that outstandingly by her use of color and space and softness and edges, soft edges interspersing between the different colors and spaces. She just really accomplishes great things by an abstract route.”

When it comes to applying oils to panel or canvas, the self-described “process-oriented” painter begins with an idea, either of a specific palette or mark, but never with an end product in mind. What follows is the defining element of Bryan-Hanson’s life as an artist:  a steady resolve to work layer-by-layer “and see where it leads.”

“In painting, my hand is working ahead of my ability to articulate what I’m doing and then six months later, I will be like, Aha! That’s what I was doing,” Bryan-Hanson said. “There’s a quote by Maya Lin, the architect who designed the Vietnam memorial, and the quote is ‘I think with my hands.’ I think that’s what’s happening when I paint.”

The ability to let go, she explained, is an essential part of producing abstract paintings. Despite her relaxed approach, there is structure to Bryan-Hanson’s technique — she does employ small-scale studies to work through ideas and most of her paintings feature the triangle device (“shapes that are making a triangle, if you connected the dots or values,” she explained). 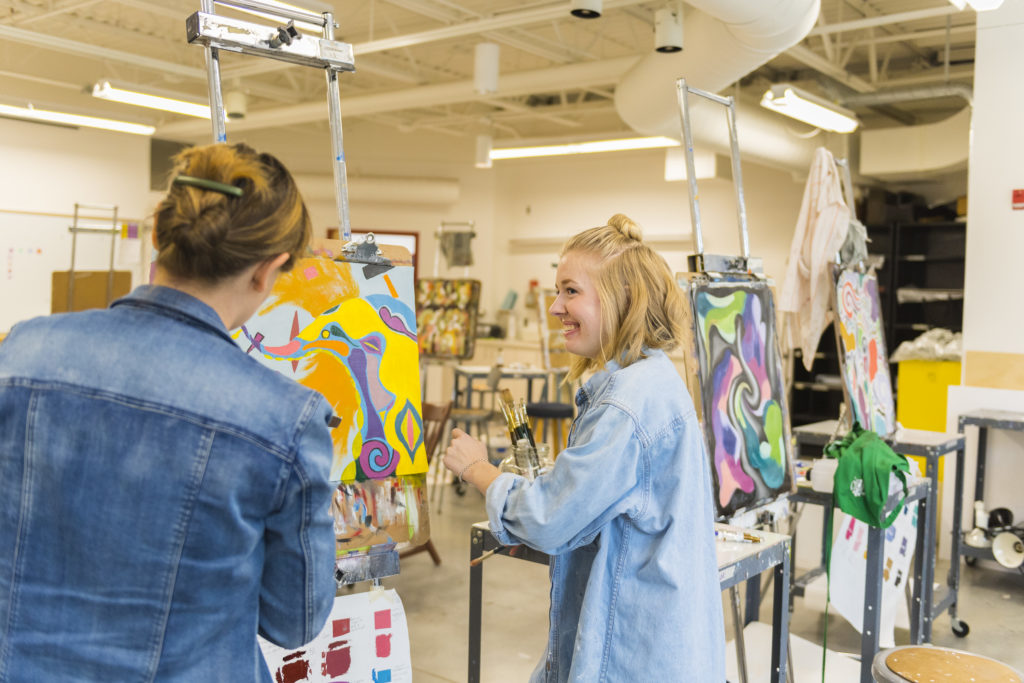 There, she shares with students her love of possibility through the blank canvas (and in some cases, a blank gallery wall between shows — “I love that space of possibility!”) and the endless possibilities that present themselves to artists who remember to let go and enjoy the journey.

“I think art is so important and I would never want to see the world without it,” Bryan-Hanson said. “But we can paint another painting! Learning to let go a little bit is a really important part of the art process.”

Shan Bryan-Hanson lives in Sturgeon Bay with her husband and two children. Locally, her work has been exhibited at The Hardy Gallery, Third Avenue Playhouse, Miller Art Museum, Peninsula School of Art, and Cappaert Contemporary Gallery. For more on her work, visit ShanBryan-Hanson.com.