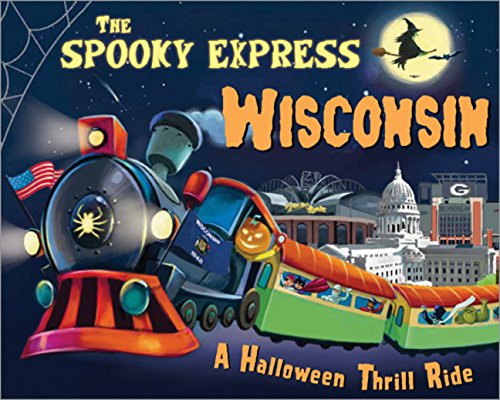 Halloween is a holiday for children. Adults may try to get in on the fun by throwing masquerade parties, but children — their candy, costumes, and trick-or-treating adventures — make Halloween what it is. And for parents who worry about sugar overdoses, a charming Halloween picture book might be the perfect low-calorie treat.

The Spooky Express Wisconsin is one of a set of picture books, one for every state in the United States and every province in Canada. Spooky Express might be a reassuring book for a child who is frightened of Halloween, especially if a parent reads and explains the story to him. In Spooky Express, two children are out trick-or-treating in their hometown when suddenly a beautiful black train swoops down from the sky, traveling on a track of mist. A conductor appears and cheerfully offers them a ride. He looks like a kindly soul, in spite of his protruding fangs.

The train is filled with every kind of monster imaginable — a vampire, a werewolf, a mummy, a couple of ghosts, an alien with three eyes, another alien with one eye — and the list goes on. The train flies over Madison, Milwaukee, Fond du Lac and straight into Lake Winnebago, where a mermaid and a purple octopus get on board. Then it’s off to the Cave of the Mounds to pick up a couple of ogres, and then into an old sewer to collect some foul-smelling sewer-creatures. But none of these monsters are dangerous; they are simply enjoying the ride. And when the engineer loses his head —literally! — the children enlist the aid of a witch, a dragon, and a large spider, and they save the day. Halloween is nothing to fear; it is all about fun and adventure, even for sewer-folk. 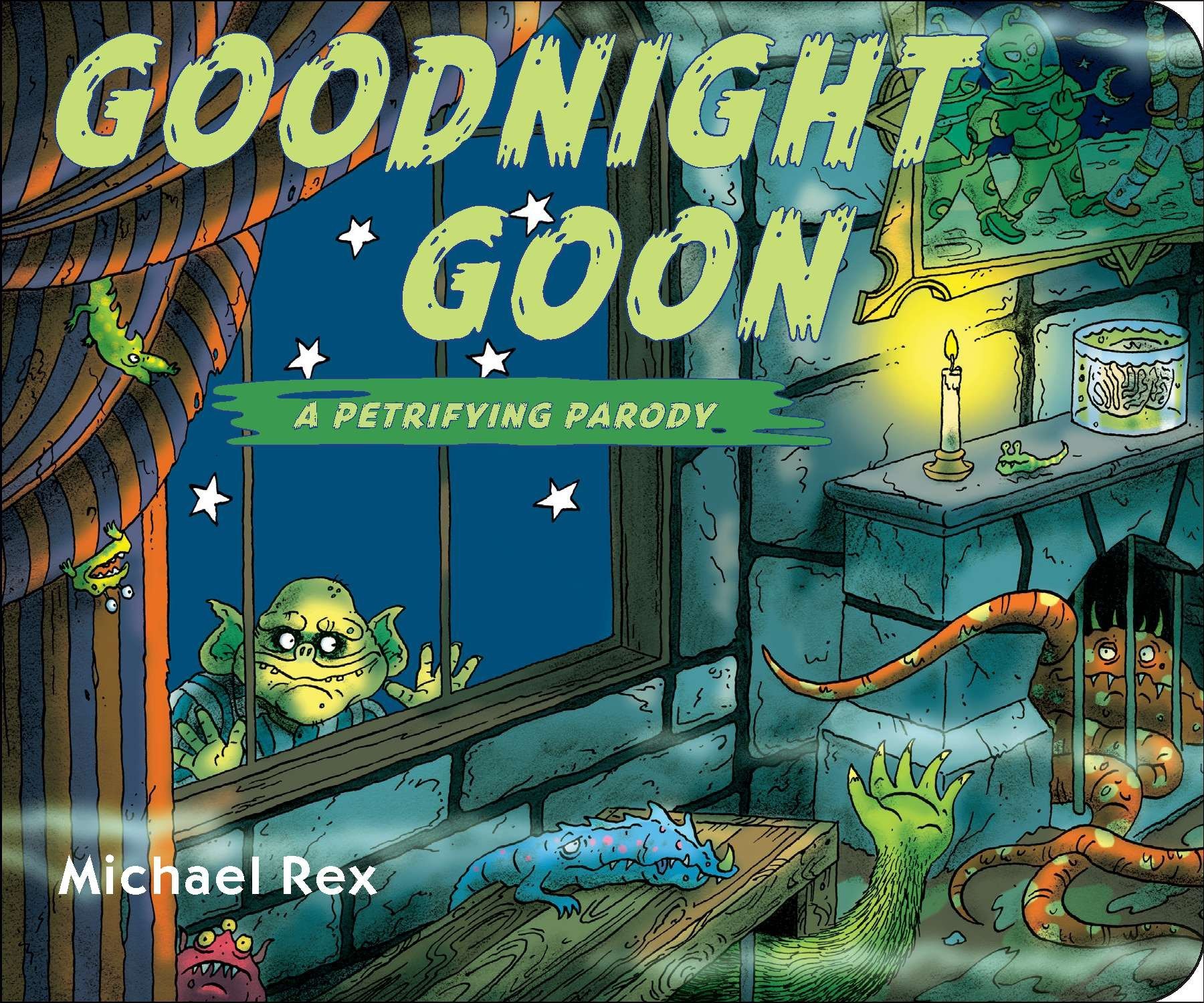 On the other hand, for a child who loves all things gross, there is Goodnight Goon:  A Petrifying Parody by Michael Rex. A young werewolf lies in bed, trying to sleep. He is surrounded by disgusting objects and slimy creatures — monsters that would never take a ride on the Spooky Express, including a set of enormous jaws that can stand on its end and a pair of hairy claws that reach out of their cage and snatch the smaller monsters. The parody, of course, is hair-raising (or, for some readers, side-splitting). Both children and adults probably remember these lines from Goodnight Moon:  “A comb and a brush and a bowl full of mush / And a quiet old woman who was whispering ‘Hush.’” In Goodnight Goon we find instead, “A skull and a shoe and a pot full of goo / And a hairy old werewolf who was hollering ‘boo.’” But even in this world of monsters and goo, there is a touch of kindness:  one of the illustrations shows a vampire and a witch repairing a skeleton that has fallen to pieces.

For those who would rather do without monsters of any kind, Five Little Monkeys Trick or Treat is a natural choice. The author, Eileen Christelow, has written a series of picture books about the monkeys, some of which have been translated into Spanish and Chinese. In this Halloween version, the monkeys join their favorite babysitter and don their costumes for trick-or-treating:  a princess, an alien, a ghost, a goblin and a giant banana. Away they go, but one of the monkeys meets a friend, and they decide to play a trick on the babysitter by switching costumes. Complications follow, but no one is in any real danger, and the book ends with recipes for delightful Halloween treats:  eyeballs and worm juice. (Note: the eyeballs are made from cookie dough, and the worm juice requires a lemonade base.) 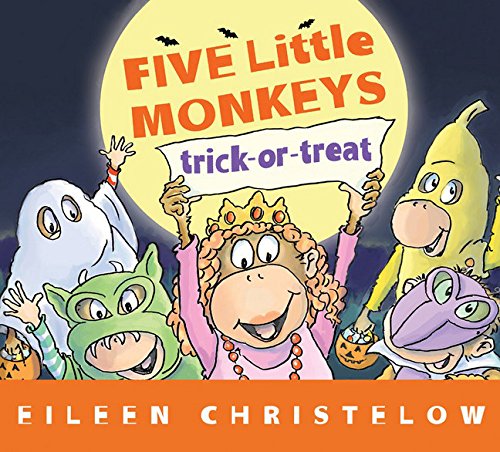 Finally, for the small child who needs an indestructible book, there is Boo!, with pages made of thick cardboard. Like Spooky Express, Boo! has a reassuring message. A small monster is afraid of the dark, but a friendly vampire takes him on a tour of the night-time world. They meet a ghost, a werewolf, a witch, and an unidentified creature with nine eyes. None of these creatures are dangerous, and by the time the tour is over, the monster has overcome his fear. The vampire turns into a bat and flies away, and the monster snuggles happily in bed and falls to sleep. But Boo! comes with a warning: “Choking Hazard — small parts. Not for children under 3 yrs.” This warning refers to a pair of large plastic eyes that roll when the book is shifted around.

In short, there are picture books for children of every age and temperament. For adults there are classics such as Bram Stoker’s Dracula or Henry James’s The Turn of the Screw. Washington Irving’s “The Legend of Sleepy Hollow” is for everyone. Enjoy!